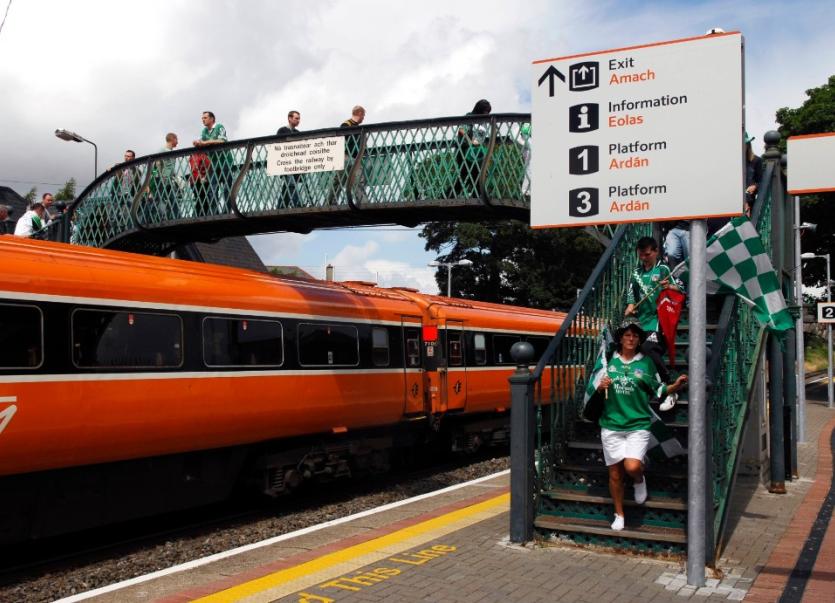 LIMERICK GAA are running a train for supporters to the June 2 Munster SHC tie with Waterford.

Limerick's second of four games in the provincial championship takes place in Waterford's Walsh Park on Sunday June 2 at 2pm.

It is understood that the Limerick senior hurlers are to travel to Waterford by train for the game, as they did last year and this year for games in Dublin.

"The train will depart Limerick Colbert at 8.35am and arrive in Waterford at 10.35am allowing plenty of time for all supporters to get to Walsh Park for both minor and senior hurling games at 12noon and 2pm respectively. The train will depart Waterford Train Station at 5.35pm and arrive back in Colbert Station at 7.35pm," explained Siobhan Scanlon Project Co-Ordinator with Limerick GAA.

Train tickets can only be purchased online at www.limerickgaa.ie from 3pm this Thursday, May 2.

While the Limerick GAA office are selling train tickets, they are separate from match tickets, which must be sourced elsewhere.

John Kiely's Limerick hurlers will play four games in the Munster SHC but tickets for the June 2 tie with Waterford in Walsh Park aren't going on public sale due to restricted capacity. Very limited tickets for this game will be made available via the County Board and and clubs only.

Capacity for the Limerick-Waterford game will be just 11,000.

Limerick Season Ticket holders will be guaranteed tickets for all four games, including the Waterford game.