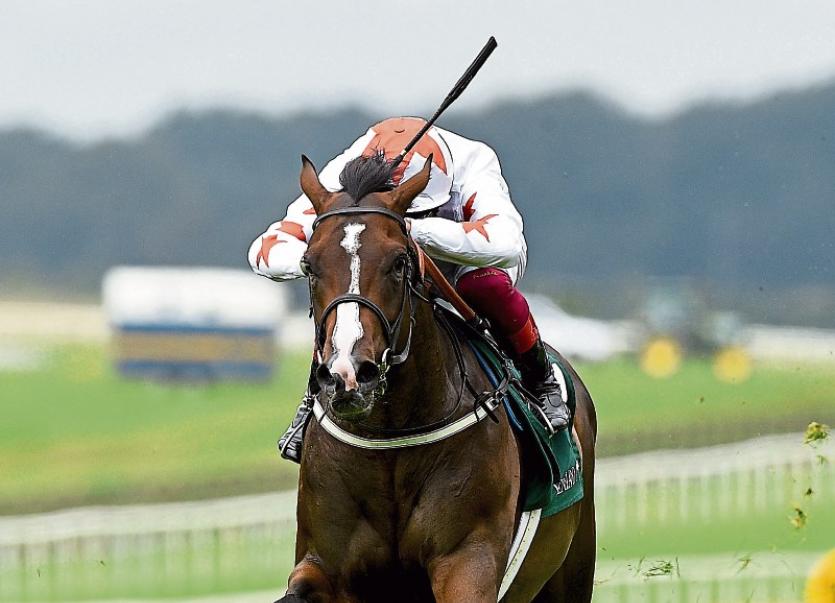 Our tip for the Guineas - Advertise

THE first of this season’s flat Classics take place this Saturday at Newmarket with the staging of the Qipco 2000 Guineas.

The Qipco Guineas Festival will also feature the 1000 Guineas for fillies on Sunday next.

In the case of Saturday’s 2000 Guineas for colts, Too Darn Hot had headed the ante-post betting markets through the winter months after going through his two-year-old campaign unbeaten.

However, the exciting John Gosden-trained colt will not run in the race this weekend due to an injury issue.

Leading Irish trainer Aidan O’Brien will be seeking his 10th victory in the 2,000 Guineas this weekend.

He will saddle the big race favourite Magna Grecia and the well fancied Ten Sovereigns in the one mile contest.

Ten Sovereigns was the winner of the Middle Park Stakes last season.

Magna Grecia came up just a neck short of Persian King in an excellent renewal of the Autumn Stakes.

Dewhurst runner-up Advertise has attracted plenty of attention in the betting in recent days. Frankie Dettori’s mount is now as short at 10/1 with some layers to win the classic, in a betting market currently headed by Magna Grecia at 3/1.

Advertise is looking to give trainer Martyn Meade a first Classic success this weekend.

With question marks over plenty of the runners in this weekend’s contest, the 10/1 on offer about Advertise looks a decent each/way bet.

Advertise won the Group 1 Phoenix Stakes last season and was second to ante-post favourite for the Guineas, Too Darn Hot, at Newmarket in the Dewhurst.