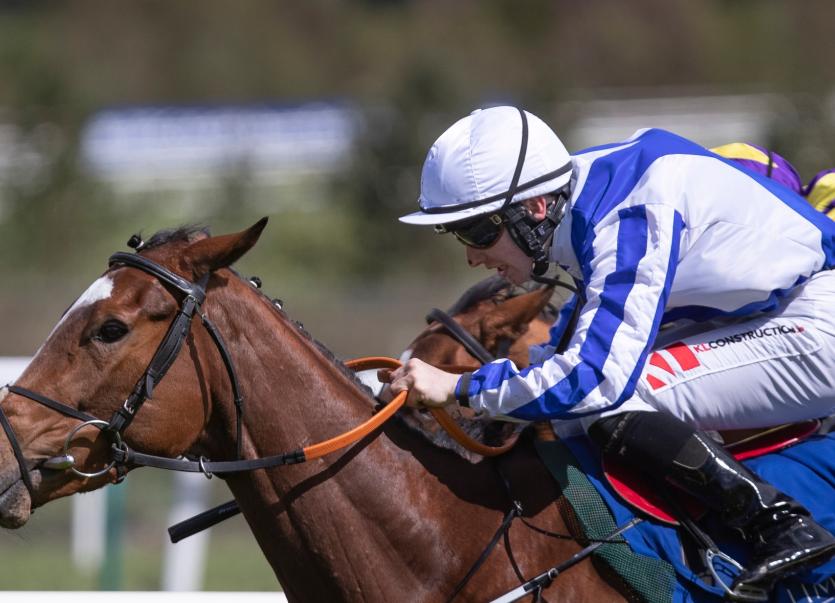 Drombeg Dawn has been a solid horse for Kilmallock-based Austin Leahy in recent seasons and the four-year-old recorded her fifth career success at Tipperary on Thursday.

Ridden by Shane Foley, the 11/1 chance showed plenty of determination to hold off 15/8 favourite Downforce by half a length. Billy Lee was on the mark at the same meeting when taking the second division of the 9f handicap with Rock On Seamie, trained in Nenagh by Ray Hackett. The 12/1 chance only got on top close to the finish and scored by a neck from Acari. Chris Hayes came to the rescue of punters when partnering Dermot Weld’s Hasanabad to success in the 12f maiden. The 8/11 favourite showed up well at Gowran Park previously and won with a little in hand from the Edward O'Grady-trained Rasiym.

Trainer Seamus Fahey teamed up with Oola jockey Cathal Landers to win the 2m handicap hurdle with Coral Blue at Kilbeggan on Friday evening. Landers had the 10/1 chance at the head of affairs on the home turn and stretched nicely clear on the four-year-old to score by six and a half lengths.

Richard O’Brien’s Tattersalls Irish 1,000 Guineas entry Dean Street Doll made a winning return when scoring a cosy success in the 8f fillies’ maiden. Sent off a 16/1 chance in the colours of Clive Washbourn, she was never far off the pace and picked up well inside the final furlong to account for the 2/1 favourite, Silk Forest, under Colin Keane.

Chris Hayes landed a double at the meeting, teaming up with Kildare trainer Madeline Tylicki to win the fillies’ handicap with 25/1 chance Mary Salome and Dermot Weld to take the 8f maiden on the well-backed 7/4 favourite Jassaar. Billy Lee teamed up with Ken Condon to take the second division of the 11f handicap with Cork Harbour, the well-fancied 5/2 favourite adding to his earlier win at Clonmel.

Chris Hayes kept up the momentum at Navan the following afternoon where he teamed up with Fozzy Stack to win the 5f fillies’ maiden with newcomer Back To Brussels. The 6/1 shot beat the Jim Bolger-trained Feminista by three parts of a length.

Donie McInerney was among the winners at the opening meeting of the season at Sligo on Sunday where he partnered the Victor Wilson-trained Mon Storm to success in the 2m1f handicap hurdle. The 3/1 favourite won well for the Herbertstown jockey who will be crowned champion conditional rider for the second time at Punchestown on Saturday.