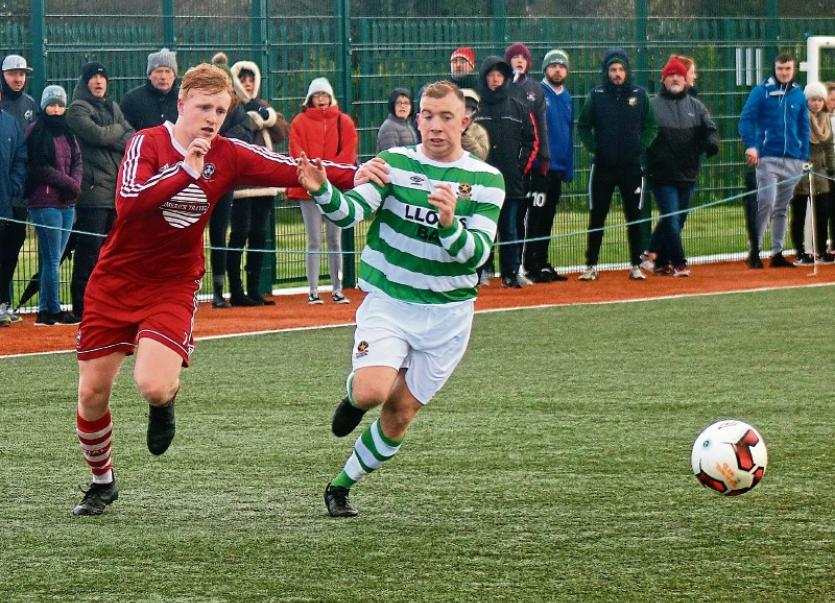 THE scheduled all Limerick FAI Junior Cup semi final between Aisling Annacotty and Regional United is still not 100% confirmed.

The two Limerick sides were first set to meet on April 7, however as the calendar moves towards May, confusion remains over who will take part in the final, semi final of the 2019 blue riband junior cup.

As things stand, Regional United are locked in arbitration with Sheriff YC and the FAI over the Dublin side's objection to Regional's quarter final win.

The Mungret based side defeated Sheriff in the quarter final, however an objection was lodged in relation to an ineligible player on the Regional match day squad.

As of last Thursday, talks had broken down and the meeting of either Sheriff or Regional and Aisling Annacotty was postponed.

The Limerick Leader understands that arbitration will continue again this week, with Aisling, themselves the winners of an appeal process with Westport, expected to learn their semi final opponents by Thursday of this week.

Should Regional go through the tie will be played in Limerick, with Regional as the hosts, however should Sheriff win their appeal and go through, the semi final against Aisling Annacotty would take place in Dublin this coming weekend.

Meanwhile St Michaels of Tipperary are already into the May 11 final, however that date could change too.