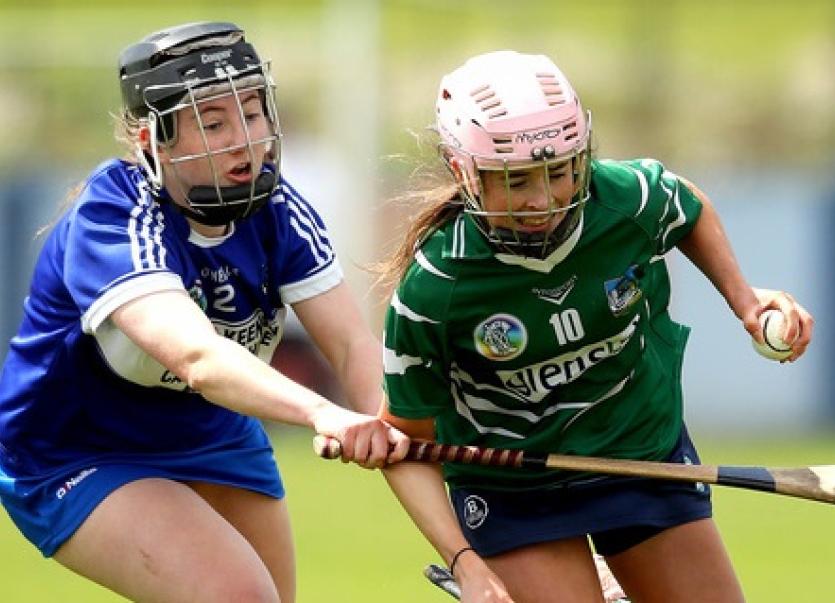 LIMERICK and Laois will have to do it all again in the All-Ireland Minor B Camogie Final, as they could not be separated following a titanic tussle in Nenagh.

Sinéad McElligott was the late scoring hero for Limerick to level and force a replay next Saturday.

The wind was a significant factor but considerable credit must go to both sets of defences, who performed magnificently into the teeth of the gale for it to leave it 0-8 to 1-5 at the final whistle.

The key score in the first half was a fifth-minute Kirsten Keenan goal for Laois, after Keenan and Iris Kennelly had exchanged early points. That gave Robert Jones’s crew something to hold onto and though they ended up trailing at the change of ends, the 0-7 to 1-1 deficit would not have seemed insurmountable.

Enya Harrington slotted four points for Limerick and Kennelly another but a vital clearance by Katie Dunican off the line denied the Shannonsiders what seemed a certain goal.

It was all Laois in the second half but Kevin Connolly would have been delighted with the grit shown by his crew. A couple of frees from Keenan brought Laois within one and when Clodagh Tynan equalised from a 70m free on the three-quarter mark, the O’Moores looks to have it in the bag.

Heroic defence kept them out for 10 minutes but captain, Alice Walshe split the posts to put Laois in front, only for Sinéad McElligott to level within a minute.

Laois did have two chances to snatch it from frees but were unable to take them, with one hitting the upright, and the replay will take place at a yet-to-be-determined venue next Saturday.