Munster Rugby name side to face Connacht at Thomond Park 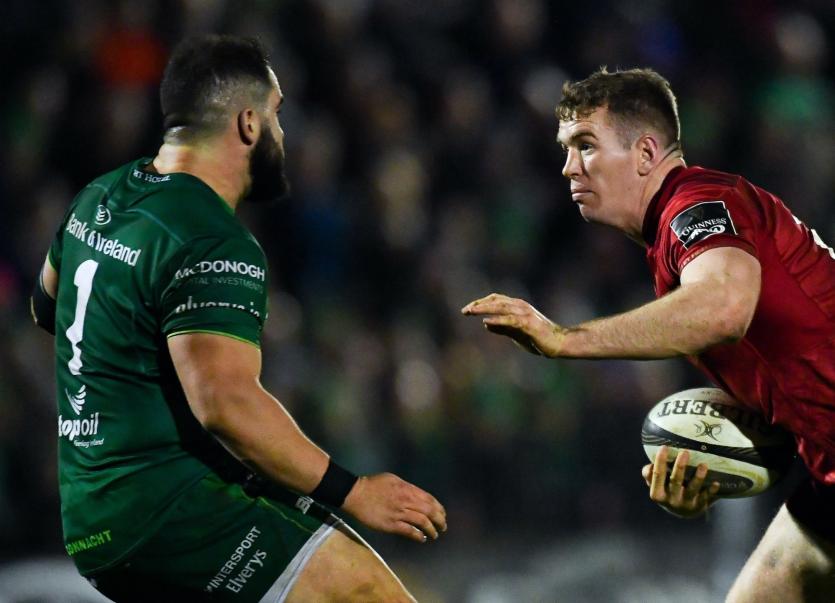 Chris Farrell will line out at 13 tomorrow night

There are four changes to the team that lined out against Saracens in last week’s Champions Cup semi-final. Young Munster's Dan Goggin and Calvin Nash come into the side alongside Stephen Archer and Chris Cloete.

Mike Haley starts at full-back with Andrew Conway and Nash on either flank.

Goggin partners up with Chris Farrell in the centres with the half-back pairing of Conor Murray and Tyler Bleyendaal unchanged.

Dave Kilcoyne and Niall Scannell pack down in the front row with Archer as locks Jean Kleyn and Tadhg Beirne keep their places.

Player of the Year Peter O’Mahony captains Munster from the back row with Cloete and no.8 CJ Stander completing the starting XV.