Limerick Premier IHC round-up: A thrilling draw and wins for Bruff and Dromin-Athlacca 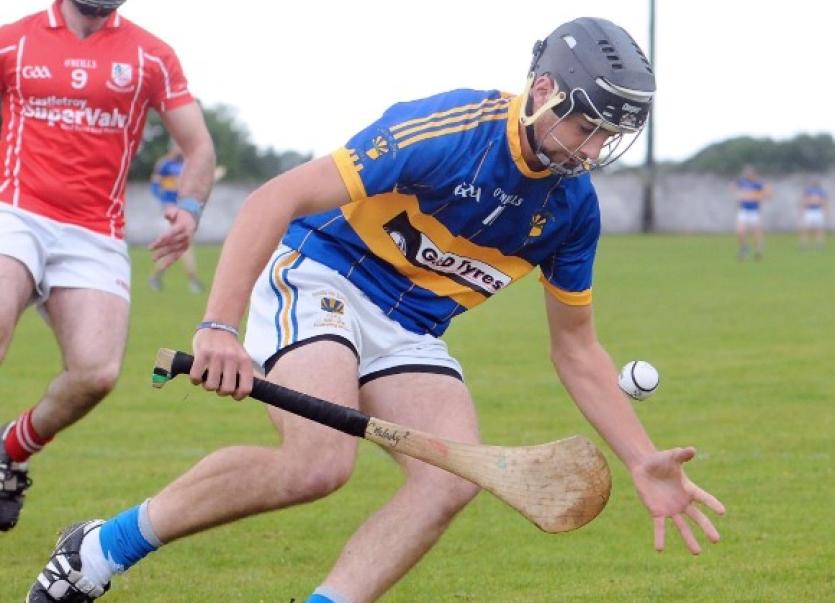 THERE were wins for Bruff and Dromin-Athlacca and a drew between Kildimo-Pallaskenry and Blackrock in round three of the Limerick Premier IHC this Thursday evening.

Kildimo-Pallaskenry and Bruff will be top of the table with two wins and a draw each as the Lyons of Limerick sponsored championship enters it's mid-season break.

Kildimo-Pallaskenry saw their 100% record snatched from them when Blackrock hit the final five points in Kilmallock - the equaliser from Gavin O'Loughlin.

Points from Kyle Hayes and Barry O'Connell had the men in blue, 0-11 to 1-7 ahead at half time with Kevin Palmer getting The Rockies goal in first half injury time.

An O'Connell goal helped Kildimo-Pallaskenry move 1-14 to 1-7 clear mid-way through the second half.

But Blackrock hit nine of the final 11 scores to secure the draw.

In Hospital, Bruff were nine point winners over Pallasgreen.

A good start is half the work and that is what Bruff got in Hospital this evening. The Dan Moloney managed side raced into a 2-4 to 0-0 lead after just nine minutes of the game thanks to green flags for Shane Bulfin and John Cooke.

Try as they might Pallasgreen never managed a foothold in the game with Colin Ryan's being uncharacteristically wayward from placed balls. The half time score of 2-10 to 0-4 told its own story and this game was over as a real contest.

The second half was duly a more balance affair, however it did reach boiling point late on as Pallasgreen's Brian McCarthy and Bruff's Danny O'Leary saw red for their involvement in a scuffle which led to all 30 players being involved.

A last play of the game goal from Christian O'Dwyer put some gloss on the game, however Bruff's brilliant defensive work throughout,lead by

Sean Finn from centre back and Paul Browne from a deep lying midfield role allowed their side to rack up scores with ease.
It is now two wins from three for last season's beaten finalists Bruff, while Pallas have just a draw from their opening three games.

It was largely a shootout between free-takers David Reidy and Richie Burke.

Mungret started the better but by half time Dromin-Athlacca were 0-11 to 0-10 ahead.

Crucially the winners also had David Breen chip in with three points from play.