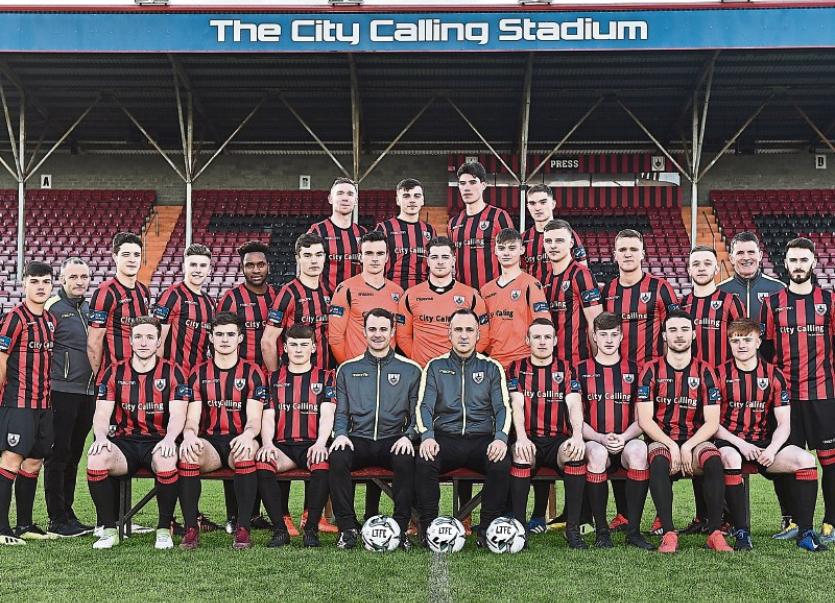 After their unbeaten streak was snapped in empathic fashion last week, Limerick FC now prepare for another tough trip to City Calling Stadium to take on Longford Town on Saturday in the SSE Airtricity League First Division (kick-off 7.30pm).

Prior to their 2-0 defeat at the hands of Shelbourne, the ‘Blues’ had looked unstoppable as they notched up four wins and a draw from their four previous First Division games, but only for Jack Brady’s heroics, the scoreline in Tolka Park would have been far more damaging.

Limerick are still without a couple of key players in Will Fitzgerald and Kieran Hanlon – the former being weeks away from a return and the latter still a way off starting games. Fitzgerald’s niggling injury which has seen him out of action since season’s start may well see him sidelined until June despite an early-campaign indication that it was a minor problem.

Longford Town are expected to fight it out with last week’s opponents Shelbourne for top spot, and with Bray Wanderers signing well in pre-season, Tommy Barrett’s upcoming run of games should tell a lot about his team’s true strength when compared the top sides in the division.

City Calling Stadium is a happy hunting ground for Limerick, having been the venue for their First Division-winning celebrations in 2012, and there’s plenty of familiarity between the sides as fan favourite Paul O’Conor lined out for Limerick for three seasons and Jack Brady had a stint in the midlands for Neale Fenn’s charges.

Limerick’s identity is building and while only Wexford have scored fewer than them in the league this season, only their opponents on Saturday have conceded fewer in the competition.

Should Limerick find their shooting boots in Longford, they would likely find themselves back in the playoff spots after ten games.