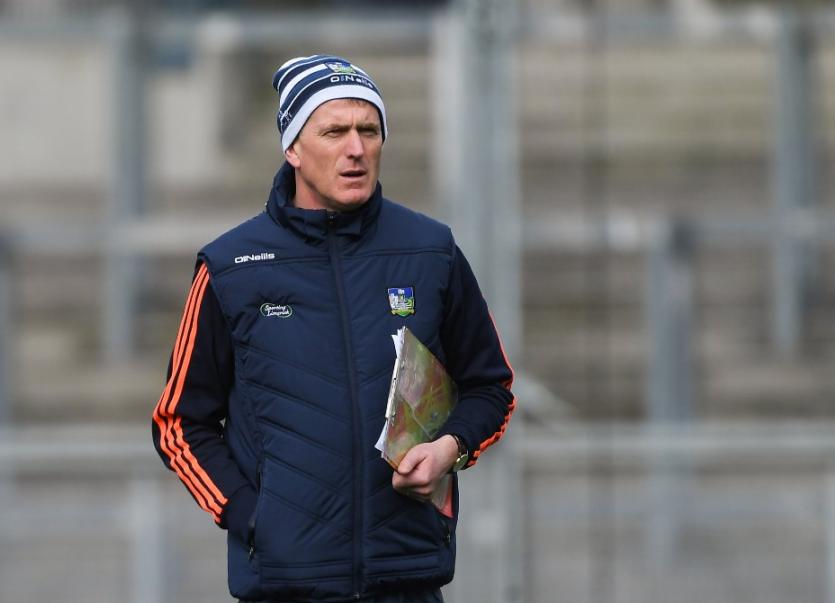 JOHN Kiely reports a clean bill of health as the countdown to the Munster SHC gets underway in earnest for the Limerick senior hurlers.

After two rounds of county senior and intermediate club championship action, the inter-county panel reassembled this week ahead of the May 19 opening round Munster SHC tie with Cork.

Five members of the county panel played in round three of the Premier IHC this Thursday evening and all emerged injury-free.

As in previous years, Limerick travel away for a training weekend this Friday and Saturday night for intensive preparations ahead of the Munster SHC, which gets underway for the men in green three weeks this Sunday.

Bumps and bruises aside, members of the Limerick set-up came through club hurling and football games unscathed during April with the added bonus that Paul Browne and William O’Donoghue both saw their first competitive action of the year for their respective clubs.

Both will now bid to prove their match fitness over the next three weeks and force their way into the championship plans of the Limerick management.

Tickets went on public sale this Wednesday for Limerick’s game in the Munster Championship – they can be purchased in Centra and SuperValu outlets as well as online via tickets.ie

Limerick play four games in the Munster SHC but tickets for the June 2 tie with Waterford in Walsh Park aren’t going on public sale due to restricted capacity.

Limerick season ticket holders will be guaranteed tickets for all four games, including the Waterford game.

Ticket prices for Munster SHC games are €20 for an adult stand ticket and €15 for terrace and €5 for U-16s, while a student/OAP concession of €5 will apply with valid ID prior to entry at a designated stile.

Elsewhere, Limerick play Tipperary in the Munster SFC on Saturday May 11 in Thurles – adult tickets for this game are €15 with U-16s free.

While the Limerick hurlers are injury-free at present, Billy Lee’s footballers are concerned over Peter Nash, who is struggling with a groin injury. Limerick’s preparations to face Liam Kearns’ Tipperary began last week with a challenge game against Offaly.