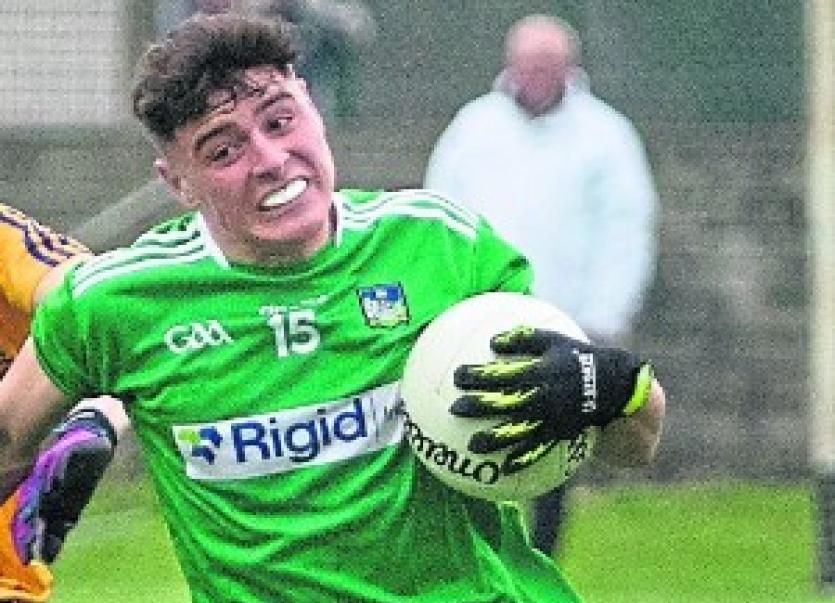 LIMERICK just missed out on a place in the phase one final in the Munster Minor Football Championship this Wednesday evening.

In round three of the new-look Munster MFC, Limerick and Tipperary finished 0-10 each in Tipperary Town.

But Limerick needed a win to reach the final against Clare.

Tipperary and Clare now play in the phase one final on May 7 with the winner to advance to phase two, where they join Cork and Kerry.

Limerick lost to Clare in round one and drew with Waterford in round two and therefore needed to beat Tipperary to advance.

This tight encounter was level at half time- 0-5 each.

Tipperary had two points scored before Limerick opened their account but led by Shane O'Donoghue points from frees and from play, the teenagers in green and white soon had four successive points to take the lead.

The Premier County battled back to regain the lead again but Conor Galvin had the last say of the half to tie-up the game at half time.

So the third time the sides were level but the home side had played with a strong breeze and Limerick goalkeeper Dylan O'Sullivan had produced two fine saves.

On the resumption, Tipperary moved 0-9 to 0-6 ahead but back came Limerick with a free from captain Eliah Riordan and another O'Donoghue point.

When Ballylanders' O'Donoghue added another pointed free the game was again level - 0-9 each and 10-minutes to play.

Kyle Shelly then proved to be the Tipperary hero with a pointed free.

But there was another twist and Fr Caseys' Riordan kicked another free to again draw Limerick level in injury time but alas the necessary winner never came.