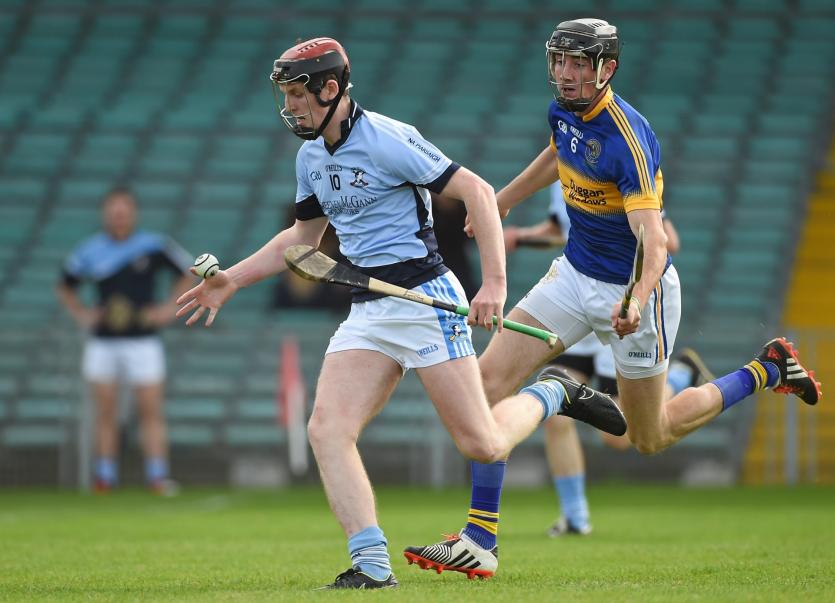 David Dempsey of Na Piarsaigh and Diarmaid Byrnes of Patrickswell

CHAMPIONS Na Piarsaigh were beaten in round two of the Limerick SHC this Easter Sunday by Patrickswell.

Ciaran Carey's Patrickswell are now the only side with a 100% record ahead of the mid-season break in the Bon Secours Hospital Limerick SHC.

Patrickswell had two first half goals from Kevin O'Brien to help them into a 2-4 to 0-3 lead after the opening quarter.

By half time it was 2-8 to 0-9 to The Well with Jason Gillane points ensuring the lead after Kevin Downes, Alan Dempsey and Peter Casey were on the mark for the city side.

In the second half, Na Piarsaigh's failed to score from play - relying on Shane Dowling frees. Just hours after managing the club side to a Feile na nGael title, Dowling ended with 1-11 from placed balls.

In Caherconlish, Murroe-Boher again struck late to secure a draw. In round one they forced a draw with Garryspillane.

This time round they again found the equaliser again from a Seanie Tobin free. The sides were also level at half time, 1-8 to 0-11. The early goal for Knockainey came from Kevin Moloney.

Murroe-Boher, without Seamus Hickey, had a return of 0-12 for Tobin, including five points from play.

See the print edition of the Limerick Leader for full match reports on all Limerick SHC games.