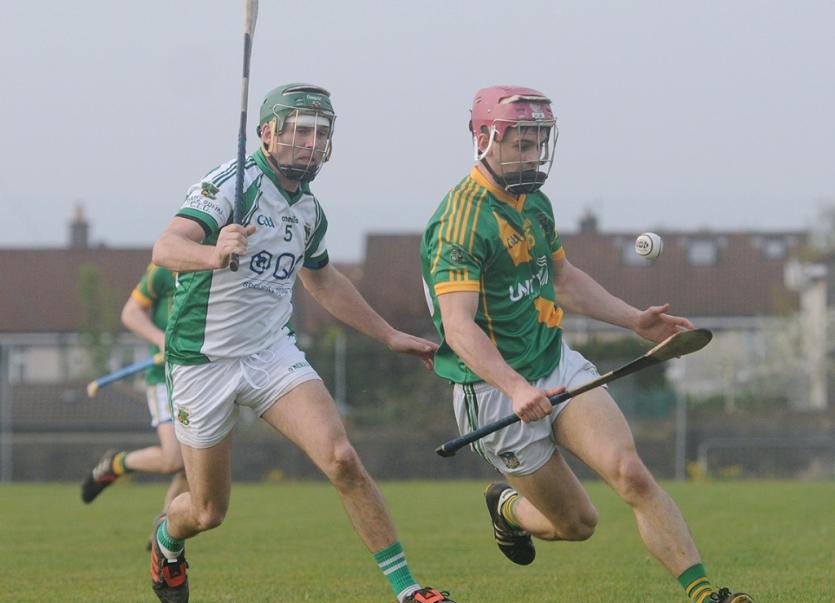 ADARE and Ahane have their first wins in the Bon Secours Hospital Limerick SHC after the opening games in round two this Easter Bank Holiday weekend.

And, there were draws between Doon and Kilmallock and Monaleen and Garryspillane.

Doon, minus the suspended Richie English and Darragh Stapleton, were also forced to line-out with goalkeeper Eoghan McNamara and centre back Mikey O'Brien. Yet, the east Limerick men led for most of their tie with Kilmallock in Bruff.

In the end it was a Paudie O'Brien score in the seventh minute of injury time that had the teams level for the fourth and final time - Doon 0-17, Kilmallock 1-14.

Doon, smarting from their round one loss to Patrickswell, were 0-10 to 1-6 ahead at half time with eight different scorers. An Oisin O'Reilly goal had Kilmallock in touch at the break.

Points from Micheal Ryan and Dean Coleman looked to have Doon on course for a win until late points from Gavin O'Mahony, Paddy O'Loughlin and Paudie O'Brien.

In the end it was captain Ed Doyle that secured the draw for the city men, who had beaten Ahane in round one.

Garryspillane drew with Murroe-Boher last weekend and were 2-9 to 0-9 ahead at half time with two goals from John Kerins.

The winners were 2-11 to 1-6 clear by half time with Mikey Mackey and John Fitzgibbon getting the Adare goals and Shane Garry raising a green flag for Liberties.

In the second half, Adare had two goals from Willie Griffin to ease to the 15-point win.

Adare had lost to Kilmallock in round one.

It was Ballybrown who were 0-8 to 0-5 ahead at half time with all five Ahane points from Tom Morrissey.

Ballybrown, who beat Knockainey in round one, had Andrew Cliffe and Josh Adams among their scores.

In the second half, scores from Niall Moran and Tom Morrissey saw Ahane ahead but the crucial score was a William Brennan goal.

Round Two of the Limerick SHC will be completed on Sunday with Na Piarsaigh playing Patrickswell and Murroe-Boher facing Knockainey.