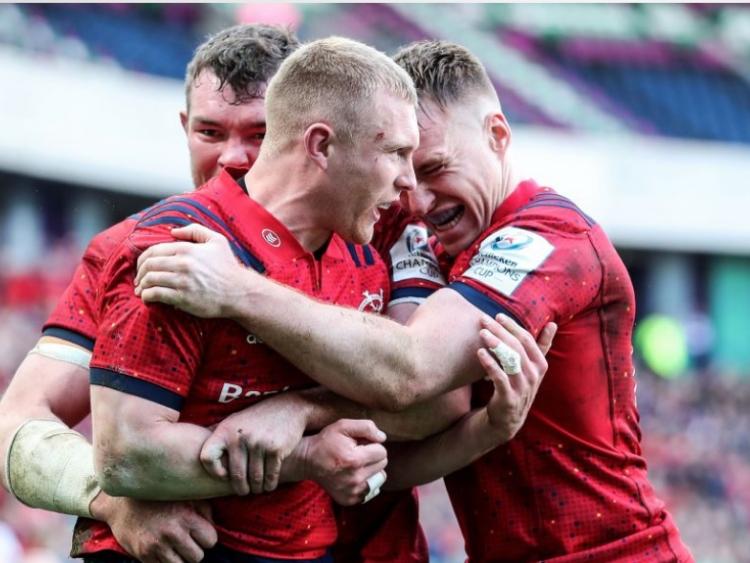 Munster Rugby will be hoping to end a run of six European Cup semi-finals without victory this afternoon when they take on fellow two-time winners Saracens in their Heineken Champions Cup last four clash at the Ricoh Arena.

The English side reached their sixth semi-final in seven seasons after a 56-27 win over Glasgow Warriors in the quarter-finals while Munster edged out Edinburgh Rugby 17-13 at BT Murrayfield in their last eight clash.

You can watch live coverage from BT Sport and beIN SPORTS, while the game is also live on the radio with Live95.

Mark McCall (Saracens): “Their defence is the area that I see as the thing that they have most improved. It’s difficult to win set-piece ball against them and I think they have added some strings to their bow in attack.

“So, [they are] just a really good all-round team and they did a very good job at home to Exeter, who are flying in our competition over here.

“There is no obvious weakness. They do the fundamental things brilliantly, so we know we are in for a really tough challenge on Saturday.”

Chris Farrell (Munster): “They are consistently a really physical side, so that will be key for us is to stop their momentum,” the Irish international added. “They rely on set-piece and the contact area.

“They have been one of the biggest forces in Europe in the last few years and won every game in the pool stages, but we won’t be giving anything away.”

Wing Keith Earls – who scored two tries in Munster’s win over Edinburgh – could feature after being reintegrated into training this week after being withdrawn from the side as a precaution two weeks ago.
Munster fly-half Joey Carbery is highly unlikely to feature this Saturday due to a hamstring injury.