Limerick Youths soccer side look to bridge the gap 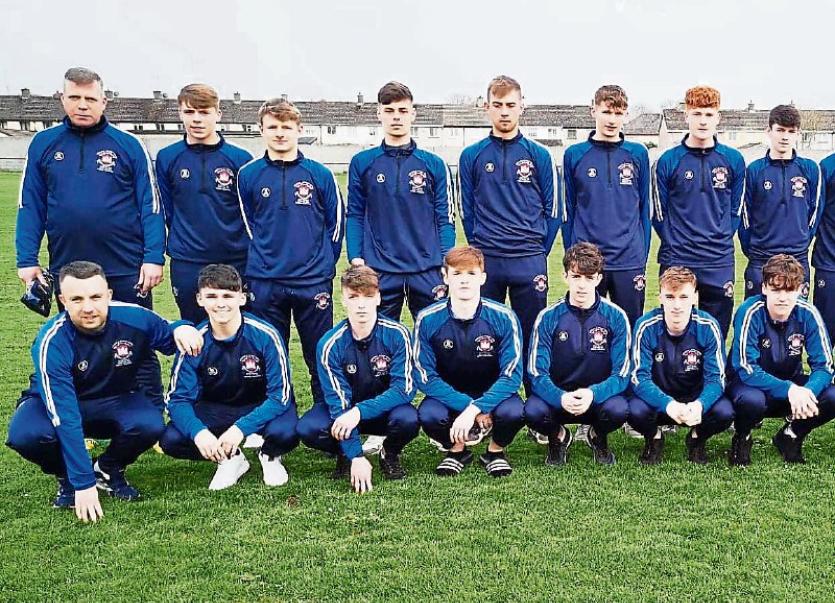 Limerick District League, under the stewardship of Martin Sugrue, will contest the final of the Inter County Youth trophy when they host the Waterford League in Jackman Park on Sunday afternoon. (2pm)

The manager is assisted by fellow ‘Boro’ men Darren Molloy and Jim Nugent which could be a good omen for Limerick, as the last time they won the competition in 2003/04, a Janesboro trio of Malachy Cosgrove, Derek Braddish and Gary Murphy were at the helm.

Some notable names on the winning panel then include Thomas Clarke, JJ Hartigan, Seanie Flanagan, Ger Bourke and James Hayes to name a few.

This will be the manager's third time to reach the final in four seasons and he is hoping it’s third time lucky.

Defeat in Blarney in 2016 was followed up a year later with a 3-1 defeat at home to Waterford which means it is now 15 years since Limerick brought home the trophy.

It is a poor return for a League like Limerick, considering the players we have produced over the years.

Limerick topped their group with wins over Galway and Carlow and in the quarter final they romped to a 10 -0 win over the North Dublin Schoolboy League.

The semi final was a closer affair with Limerick progressing after a penalty shoot out versus Inishowen.

Limerick have some serious talent in the squad with ten of the squad already playing with Premier football but they meet a Waterford side from a League where youth football is particularly strong at present.

Limerick have done the business already in a couple of games where they were expected to struggle.

They have shown courage and tenacity and hopefully it will carry them for one more game.

They deserve support from all Limerick soccer fans so 2pm in Jackman Park for kick off.

On Saturday evening we are guaranteed a bumper crowd in the Pike Field when the Champions and leaders Janesboro visit their arch rivals and biggest threat to the title.

As the League stands Janesboro hold a four point lead over Pike but the Hoops have two games less played. A victory for Pike would be a major blow for ‘Boro’s chances of making it three in a row.

Last weekend Janesboro were well beaten at home by Janesboro. Pike Rvs also failed to impress in a penalty shoot out win over Ballynanty Rvs in the Lawson Cup.

Saturday gives both a chance to get back in the groove.

Before they meet, Ballynanty Rvs can go joint top in the League if they beat Fairview Rgs at the Fairgreen just to make things more confusing.

Janesboro’s run in is away to Pike, away to Balla and home versus Prospect.

Pike have yet to play Boro, Balla and Aisling at home and on the road versus Kilmallock and Prospect, while Balla have a tough run in at home v Janesboro and away to Regional, Pike Rvs and Fairview Rgs.

The sides are locked together at the top of the table and have met twice already this season with honours even so it promises to be a humdinger.