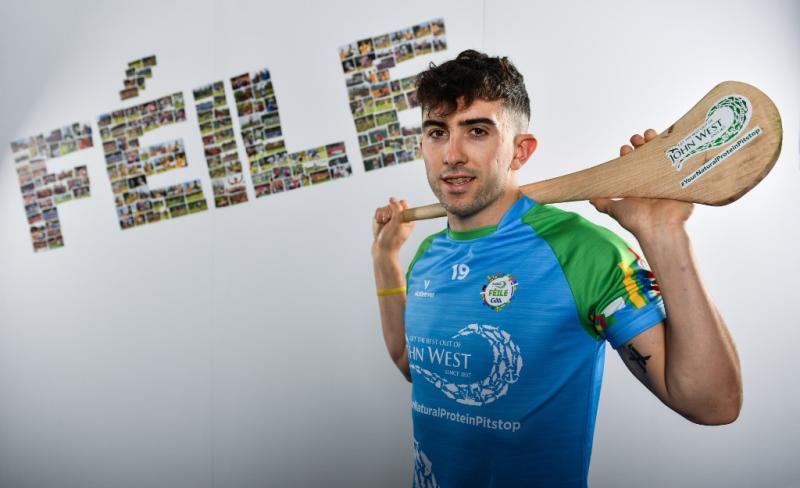 LIMERICK star Aaron Gillane has been revealed as a John West Ambassador at the launch of the 2019 John West Féile at Croke Park today.

John West has been a sponsor of the Féile since 2016 and today announced it will continue its support for a further four seasons until 2022 – Gillane, Mayo footballer Lee Keegan, Kilkenny camogie star Anna Farrell and Mayo Ladies Footballer Niamh Kelly are the new Feile ambassadors.

“Féile is one of the most significant and successful initiatives in the history of the GAA. It plays a hugely important role in the massive work which takes place within underage coaching and development every year. Last year there were 696 teams playing 1,507 games at the various John West Féile finals events in football, hurling, Ladies football and camogie. In addition, more than 80 teams contested Féile finals across Handball and Rounders," outlined Limerick GAA President John Horan at the Croke Park launch.

“The ethos and tradition around Féile where teams travel to take part and stay with host clubs is unique to this competition. It adds to the sense of occasion and many great friendships and club links for life get made this way as young people celebrate our games and showcase their skills. I am delighted that a partner of the calibre of John West recognises the value of this work in developing young people. I thank them and all involved in preparing and hosting and organising and look forward to another great Féile summer," said Horan.

Speaking at the announcement, John West Country Manager Peter Rooney said they were delighted to extend their partnership.