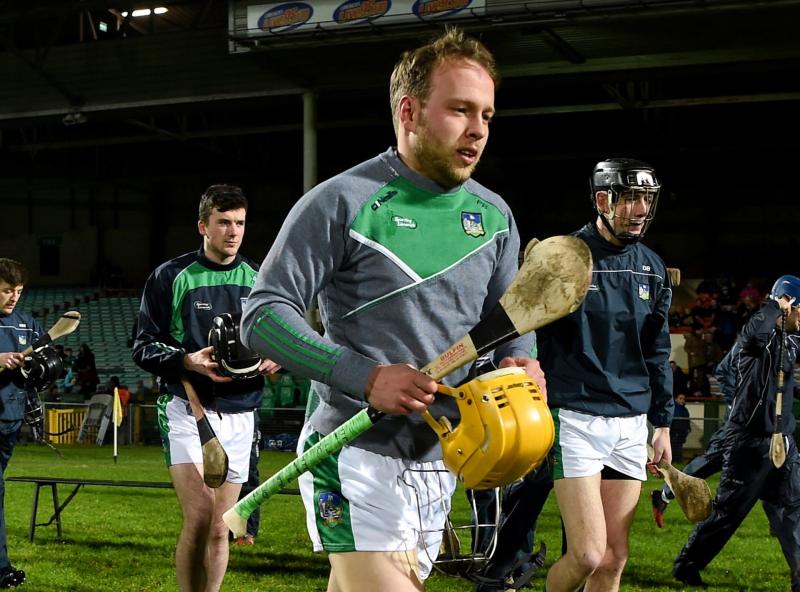 LIMERICK'S Paul Browne ended nine months on the sidelines when he returned to action in club hurling action this Saturday evening.

Last June Browne, the Limerick senior hurling vice-captain, suffered a cruciate ligament injury that ruled him out of the closing stages of the All-Ireland SHC title winning run. While he didn’t start any of the four group games in the 2018 Munster SHC, he was introduced in all bar the Clare defeat but injury then forced him out injured for the remaining games enroute to Liam MacCarthy Cup glory.

Browne hasn't featured in any of the 10 competitive games that John Kiely's Limerick have played this season but this Saturday evening he played for Bruff in the Lyons of Limerick sponsored Limerick Premier IHC.

Indeed midfielder Browne scored the crucial goal late in the game as Bruff were 1-11 to 0-10 winners over Dromin-Athlacca.

Browne will hope to continue his battle back to full match fitness in round two of the championship next weekend against Bruree and force his way back into the plans of the Limerick management team ahead of the May 19 Munster SHC opener against Cork.

Elsewhere this Saturday evening, Kilmallock were 0-18 to 0-13 winners over Adare in the Bon Secours Hospital Limerick SHC.

Backed by the breeze Adare were 0-8 to 0-7 ahead at half time but had hit nine first half wides.

After the sides were level on six occasions, Kilmallock hit the front at 0-10 to 0-9 and seven points clear at one point with Graeme Mulcahy and Micheal Houlihan leading their scoring. Adare relied heavily on Willie Griffin frees, although Declan Hannon did find two points.

As well as the Bruff win over Dromin-Athlacca, there was on other game in the Premier IHC, where it was a draw for a third successive season between Pallasgreen and Blackrock - 1-15 each.