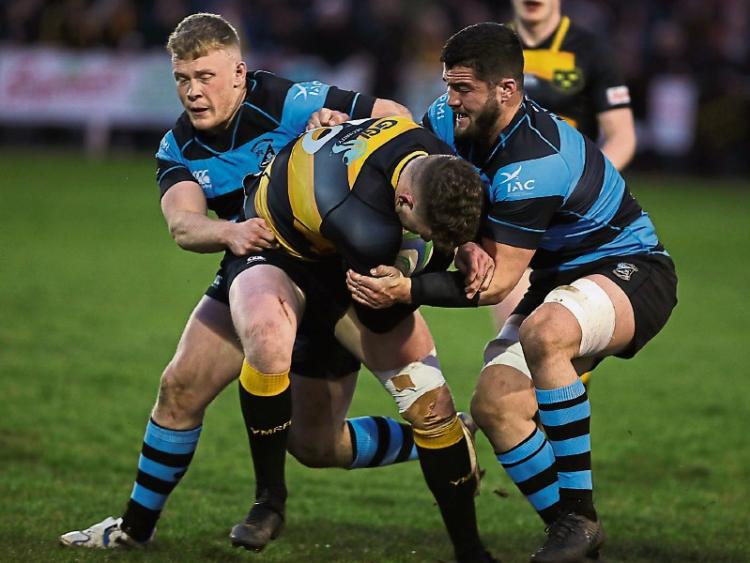 How do you solve a problem like the All-Ireland league? That is the question facing the IRFU in the coming months.

A phenomenal crowd for a game you will agree, but were it not for the relegation threatened pair meeting in the penultimate round of games, would the crowd have been anywhere near that?

The All-Ireland league has suffered at the hands of the professional game and one wonders what type of future it has within the IRFU structure.

Last weekend several of Munster's ‘A’ players were flown to the USA for a friendly with the New England Free Jacks.

Not ideal, but people sometimes forget that those players are employees of Munster Rugby. They are not going to have the same loyalty to their club, when their bosses are telling them where to be and when.

The club game has been squeezed out of the limelight by the calendar of rugby which is filled with Lions, Ireland, Pro14, Champions Cup and B&I Cup fixtures.

Is there room for the AIL anymore? Is there a need for a 50, yes 50, strong senior league across 5 divisions?

With seconds and U20 leagues failing to field teams on a consistent basis in Munster, coupled with underage teams amalgamating at the rate of knots, what can save the domestic game?

For me, there is one answer and it may not be too popular.

The answer lies in the past. The Munster clubs, if they wanted to, that is, should form their own league. A Munster Senior league for want of a better name.

The league would be made up of 10 sides from the province. They would play 18 games, as they do now.

There would be no contracted players allowed play. Once a player signs with Munster or anyone else, they are immediately released from the club. They can of course return, should things not work out for them.

There could be a cup competition peppered throughout the season, as well as the existing Limerick and Cork Charity Cups.

The gates would not (should not) be lower than they already are and with more games against your traditional rivals, the players and supporters would surely regain that bond with their 'original' club.

Getting the IRFU to 'allow' same might be an issue, as would getting referees, but if this would the only show in town, governed by those who care, what is there to lose?