Opinion: 'Limerick hurlers are well placed to build on the success of last year' - Martin Kiely 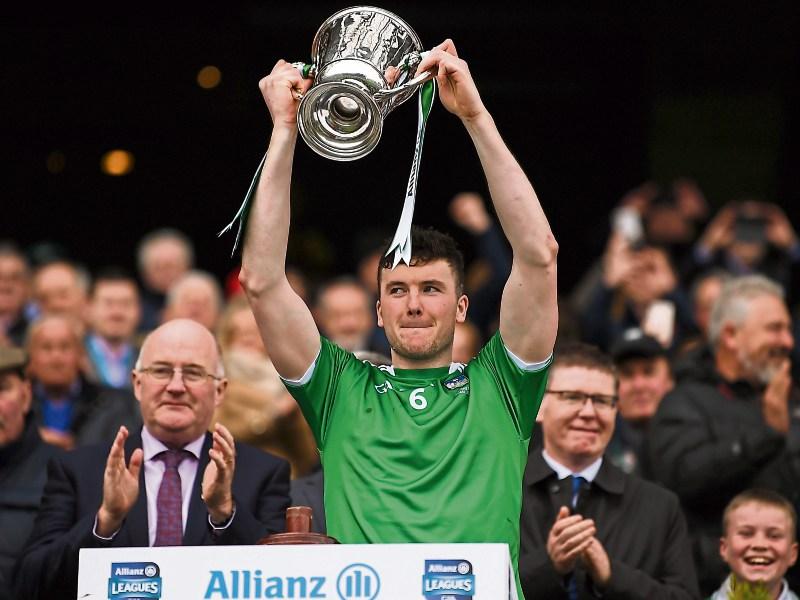 From the moment the championship started in 2018 to winning the league title, the Limerick hurlers must feel like they been on one of those bullet trains in China.

When you enter those trains it appears that the only thing you remember is getting on and getting off. The journey just flashes by, such is the speed nothing on the outside is fully recognisable.

It reminded me of an out of focus picture. I am sure for many Limerick supporters last year and this year have collided and all of their desires have been fulfilled with the All Ireland title and National League title secured.

After such a long famine in each they can hardly believe they are now dining at the table of champions. It has been a very special time and I hope the wins will reap rewards long into the future for Limerick.

For as good as it is and hopefully it will get even better, we must be very mindful of the future and the work for that must be planned, focused and delivered.

The drive and ambition that the senior hurlers have displayed since the start of the year has been truly outstanding.

The appetite for more is very present and that seed was put in place long before the start of the new year. The management has kept everyone on message and the players have continued what brought them such great success in 2018.

It’s a major achievement to deliver that. So many counties have failed to deliver a second time when the famine was so long. It was a real danger in Limerick after forty five years of waiting. Thankfully the maturity expressed by all concerned with the Limerick senior team has set a standard that must be continued long into the future.

Winning does not sit well with some individuals or teams. The winning circuit can have a telling effect on both and there is lots of examples to back it up.

Limerick as a county could write its own book on it and we have plenty examples of individuals and teams that just never delivered when it came to adult level.

So many of them were consumed by the journey and never fully understood the responsibility they had.

The current crop of Limerick hurlers are working off a very different template. They had a very good grounding at academy level and where they won back to back success in Munster at minor level and contested the All-Ireland minor final.

They were operating from a very different culture and the principles of what was required was clearly well understood. Limerick benefited hugely from not winning the All-Ireland minor final. The fact that they had played back to back in Croke Park would stand to them later down the road.

Going to Croke Park held no fears for them last year. They knew where everything was, they had consumed the roars of the crowd and the value of that cannot be underestimated come All-Ireland final day.

At every level the Limerick management and team have set new standards. Such standards are the norm in Kilkenny, Dublin and Kerry and I hope that the learning from them will filter down to every level and every person wearing a Limerick jersey.

How you apply yourself plays a huge part in the final outcome. There is no substitute for hard work and from that stand point the Limerick senior hurlers have set a new agenda.

Watching their work rate on match days is one thing, but it has taken a great understanding and a great deal of work in training to get it to the levels they now operate at.

As a unit Limerick have become really hard to beat. There are many reasons for that but the fact that they are not selfish when on the ball is a vital ingredient.

The player in the best position gets the ball and that to me is one of the key tools in the box.

Limerick always produced some great hurlers but we never really managed to have enough of them at the one time. That changed when this group came along.

Right now Limerick have a talent base never seen before. The level of skill and ability within the current Limerick senior team is something we might never seen again.

From speed to power and from wrist to limb this group has a combined array of missiles that most armies would like to have.

All of those talents are admirable but before this year’s championship is over teams will look for weaknesses in the hope of cracking a team looking for back to back titles.

The cohesive nature of the team is not something we would have seen in Lime rick before. These lads are hurling for each other, they provide support on and off the field and that formula will be very hard to beat.

There were times in the league final when it looked like they were going to completely cut loose and blow Waterford away. They expressed confidence all over the field. When the ball came towards the forwards the supporters lifted from their seats in anticipation of what might happen. It’s been sometime since we had players that could do that to supporters.

McKenna and Cregan had that magic and now it’s men like Gillane, Lynch, Mulcahy and Casey. There is a very evident bond between the players, that can only be created when players express their greatest fear in private. It takes massive honesty to get to the core, but once there the building blocks of success are formed.

The time is now for Limerick to take full advantage of where they now stand. They have the players capable of achieving much more.

Will that be another All Ireland this year? The biggest task facing Limerick is to be one of the three teams coming out of Munster. The National League tells us Limerick are in good shape but Championship is altogether different.

Limerick are well placed to build on the success of last year. Sure there will be big challenges but good teams and good players meet them head on.

I expect Limerick will run really close in some games because that is the nature of championship hurling.

I also expect their game plan to get a greater examination than it did in the league but John Kiely and Paul Kinnerk will be ready for that.

Winning back to back titles will be really difficult under the new system but few teams are as well equipped as Limerick.

They will be pushed in defence but in attack they have a collection of players starting and on the bench that give them a strong advantage.

Sparks will fly in the championship but for Limerick it’s about safe passage through the Munster championship because once they get to Croke Park they will be very hard to beat.

The year has started great and I think it will have an even better finish.