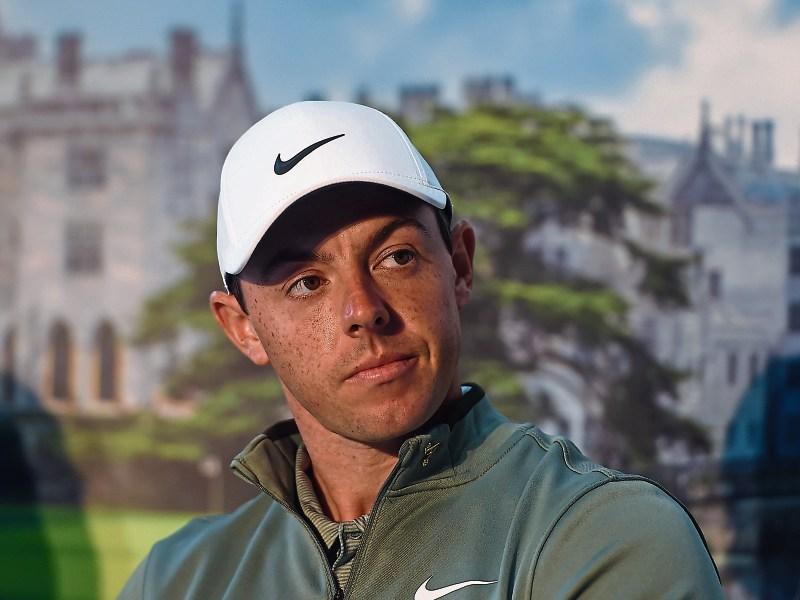 Rory Mcilroy who is our tip for this weekend's fourth major

MATCHPLAY identifies ‘character’ but not the best golfer (necessarily) and it most certainly exposes raw emotions!

Rory McIlroy felt obliged to apologise to the media for storming out of Austin CC after making a horrible mess of the 17th hole and losing a 'savagely tight' match with Tiger Woods. So what? How many golfers would feel exactly the same?

As far as the Masters Tournament is concerned: it doesn't matter in the slightest. Anyone can lose to anyone in an 18-holes match and the Masters is a whole new ball game.

Augusta National Golf Club has always been an ultra-private and independent golf republic. Without fanfare the members march to the sounds of their own drums and force their guests for the week to play by their own 'local rules'.

Because of the reverence by which The Masters is perceived, moans are few and far between. No other venue could dictate 'its own terms' like ANGC does.

It's the reason why we could see the introduction of a Masters Tournament ball one day and, as far as I am concerned, that can't come soon enough.

No elaborate yardages and green mapping books as seen on the various Pro Tours are provided at Augusta. The entrepreneurs who descend on venues in advance to measure courses for the yardages books they sell to the pros each week are not allowed inside the gates.

The players must do their own measurements, which is the way it should be in every tournament, not just The Masters. This weekend, Rory McIlroy will be making his fifth attempt at becoming a golfing immortal by completing the elusive career grand slam.

Only five players in history (Gene Sarazen, Ben Hogan, Gary Player, Jack Nicklaus and Tiger Woods) have achieved this rare milestone. Rory may still have time on his side, but you do not need to be a psychologist to realise that he has displayed 'self-defeating mental problems' at Augusta previously. Winning at Sawgrass three weeks ago will have sent his confidence sky high and the manner in which he lost to Tiger Woods in the quarter-finals of the World Match Play Championship in Texas will have been dismissed as 'one of those things'.

It's true that thoughts of donning the green jacket have preoccupied Rory for quite some time and, the longer it goes on without becoming a reality, the harder it will become. There is nothing inevitable in golf, no guarantees.

Winning a career slam is almost impossible. If it wasn't more than five golfers would have done it by now.

Rory's failure to win at Augusta up to now may be laid fairly and squarely on 'over-preparation' and an inability to get into 'a winning mentality' and staying there all the way to the 72nd hole.

The qualifiers for the 2020 JP McManus Pro Am at Adare are now in full swing - The new system of qualifying for 'JP's Pro Am 2020' has given everyone a much fairer chance.

All golfers will now enter and play as individuals and at the conclusion of each qualifier teams of three will be picked at random in an open draw.

The team with the highest cumulative score based on two scores to count on each hole will go forward to the Grand Qualifier at Adare GC in May 2020.

As the qualifiers are designed to support local causes why wouldn't every golfer in the Midwest ‘do his bit’ by selecting the qualifier of his (or her) choice that supports their favourite charity, to play in?

I have been working hard on my own game in preparation for a 'big effort' to qualify and have selected the Limerick Enterprise Development Partnership (LEDP) in aid of the Early Years & Family Centre and Phoenix Creative Psychotherapy Centre currently under construction in Roxboro as my ‘prospective vehicle.’

They are holding their qualifier at Castletroy Golf Club (a lucky venue for me) on Thursday and Friday, June 27 and 28 but, I won't care whether I succeed or not because supporting the education and mentoring of the next generation so they will have the best start in life possible is appealing and worthwhile.

Especially, if they come from a part of society that has faced impossible barriers to progress in the past?

LEDP's Project to engage with and support the development of disadvantaged children is as 'worthy' as one will find in the Midwest.

Sr Mary Carmel O'Donoghue is playing a key role in the social and physical regeneration of Limerick City by providing a creative psychotherapy service for children, adolescents and adults who are experiencing social, emotional, psychological and behavioural difficulties that impede and interfere with their personal well-beings and futures.

To my mind, both charities deserve every support.

If you are not a golfer or are unable to play in this worthy LEDP qualifier for any reason, donations to this good cause may be sent to Gerard Boland, Limerick Enterprise Development Partnership, Roxboro Road, Limerick.

More details on how to enter any of the many other JP McManus Pro Am Qualifiers , go to jpmcmanusproam.com/ for full information.

The 'prize' on offer is a once in a lifetime thing.