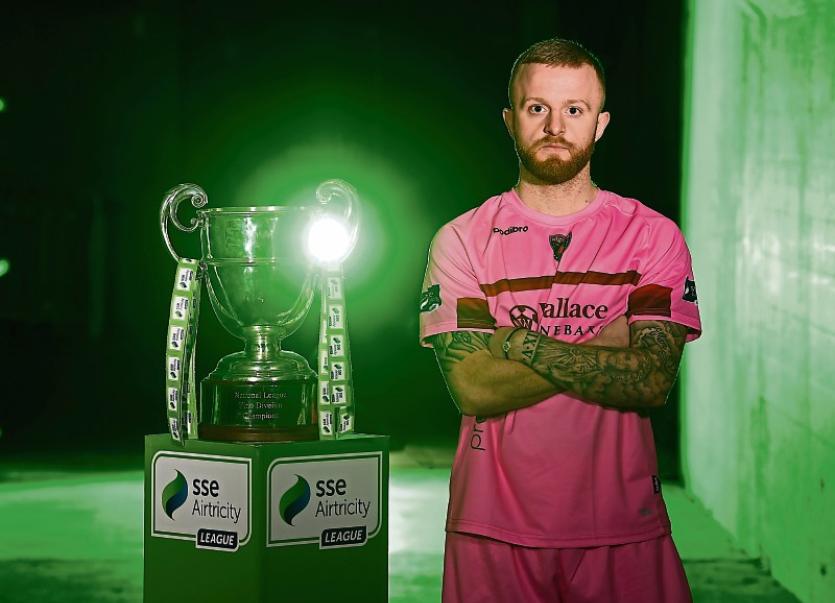 Youthful exuberance: Jack Doherty of Wexford FC will bring his side to the Markets Field this Friday night to take on high flying Limerick FC

IN-FORM Limerick FC will look to make it five wins on the bounce in the SSE Airtricity League First Division when hosting basement side Wexford FC at the Markets Field on Friday, 7.45pm.

Successive wins over Cobh Ramblers, Cabinteely, Athlone and Galway United have propelled Tommy Barrett’s Limerick side up to a lofty second place in the First Division table.

Indeed, Longford Town edge the Blues for top spot only by virtue of their superior goal difference.

Sean McSweeney netted the only goal of the game last Friday night as Limerick extended their fine excellent run with a 1-0 victory over Galway Utd at Eamonn Deacy Park.

This was the ‘Blues’ second successive clean sheet in the First Division. Indeed, while Barrett’s charges have scored eight goals in their last four league fixtures – averaging two goals per game in that period – the Shannonsiders have conceded just two goals in that period.

Friday night’s visitors to the Markets Field, Wexford FC, have made a disappointing start to the First Division season. The Division’s bottom side Wexford have lost six of their opening seven league games.

Wexford have scored seven goals and conceded 21 to date in the league. Limerick secured their fourth successive league win with a 1-0 success over struggling Galway Utd at Eamonn Deacy Park on Friday night last.

Sean McSweeney netted the only goal of the game on the night just past the half-hour mark, but they deserved the points in truth.

There’s always a lot of familiarity, as always, between the sides. Three of Limerick’s back four – Shaun Kelly, Robbie Williams and Shane Tracy – had previously lined out for the Tribesmen, as had Colm Walsh-Loghlen.

While United’s main goal threats, Vinny Faherty and Jeff McGowan, had previously lined out in the blue of Limerick at the Markets Field.

Connor Ellis’ inclusion as a lone striker hasn’t always worked, but his runs into channels either side of the full-backs proved an excellent out ball all night.

This wasn’t a game high in quality, but it was a game that had its narrative ready to publish from the word-go, due to the experience levels between the sides and the confidence disparity.

Limerick believed the goals would come, while three 1-0 losses in a row had Galway on the edge.

There’s no doubt the away side were better on the night, led by the tricky Colm Walsh-O’Loghlen, but their goal had a touch of fortune when it did come.

Walsh O’Loghlen cut in from the left before slapping a shot goalwards, which in turn struck Connor Ellis. His effort then fell into the path of Sean McSweeney who couldn’t miss.

The second half was standard First Division fare, with Limerick settling for what they had fifteen minutes from the end. It’s a bold strategy normally, but Galway were toothless and deservedly found themselves bottom by game’s end.

Tommy Barrett might feel Limerick have another level in them that they haven’t shown yet this season but picking up big wins in games where you don’t play particularly well is the best habit in football.