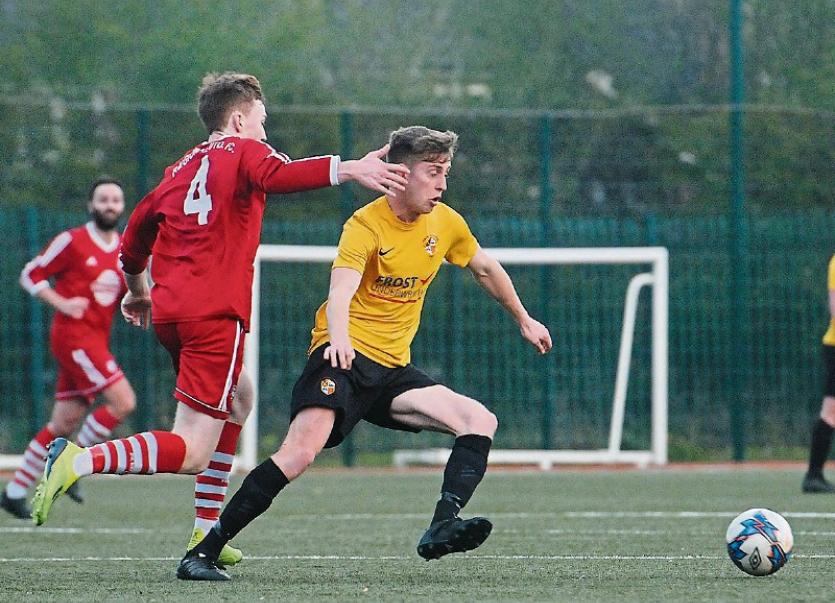 There are a couple of this evening, Thursday, of note in the PJ Matthews Premier League.

Pike Rvs can cut Janesboro’s lead to a solitary point if they beat Prospect in Cals Park while Ballynanty Rvs will also close in on the leading two if they beat relegated Charleville in LIT.

Star Rvs will seal their promotion from Division 2A if they hold off nearest challengers Patrickswell.

The top game of the day is the outstanding Lawson Cup quarter final between heavyweights Ballynanty Rvs and Pike Rvs at LIT.

Record holders for most Lawson Cup wins, Ballynanty Rvs have been quietly going about their business and are unbeaten in 2019 (bar a penalty shoot out to Geraldines). They have signed a couple of good players before the deadline and they are bedding in well.

The return to scoring form of Arron Nunan last week is another welcome boost to Donal McGee and Co.

They take on a Pike Rvs side on the back of ten straight wins (albeit one was a penalty shoot out with Fairview in the Tuohy Cup).

The Hoops have been in tremendous form but the loss through injury of Steven McGann, and Eoin Hanrahan reduces their potency somewhat, despite having the Leagues top scorer in Jonathan Grant.

The sides already met this season in the Pike Club when Pike took the honours on a 2-0 scoreline.

Expect a similarly tight affair with the winners down to face Hill Celtic for a place in the final.

In the Premier League Janesboro will have the chance to re-open a four point gap at the top of the table if they can beat Regional Utd.

‘Boro’ have not enjoyed their games with Regional this season as the Dooradoyle side beat them 6-2 in the League and 3-1 in the FAI Junior Cup, both games played in Dooradoyle.

The champions will be determined not to slip up again and no doubt Shane O’Hanlon and co. will have worked out some of the issues that bedeviled them in previous games.

Regional went down disappointingly 3-0 to Aisling last weekend and will be looking to recover quickly as they await news of their appeal in the National competition.

In Division 1A there is no doubting the top game. Leaders Coonagh Utd travel to take on second placed Mungret Regional with just a point separating the sides.

Coonagh are back to winning ways, four on the trot after a mini glitch saw them lose two in a row earlier in the year.

United are an excellent side and would be a welcome addition to the top flight.

Likewise Mungret Reg, an exciting young side who have full intentions of going up as champions. Promises to be an exciting tie.

Lurking just behind the top two are Fairview Rgs B who welcome Corbally Utd to the Fairview Club. However a five point gap might be just too much to make up at this stage of the season. The exciting battle for promotion from Division 1B takes another twist on Sunday when leaders Kilfrush travel to Ballylanders while in Division 2A Hyde Rgs can secure promotion if they take the spoils at home to Caledonians