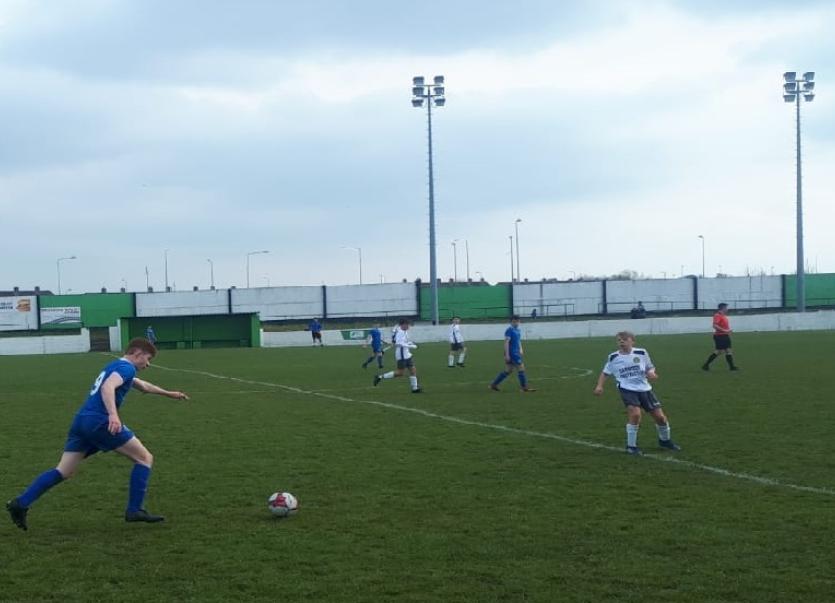 LIMERICK FC U15s suffered a 5-2 defeat to the Kerry League in their SSE Airtricity Under-15 League Group 2 game played at Hogan Park on Sunday.

Unfortunately, Limerick FC started the game slowly and were finding it difficult to battle their way into the tie. It was not long before Kerry took the lead through their left winger.

Soon after, Limerick found themselves 2-0 in arrears with another excellent strike from the visitors.

To make things even worse left back Curran picked up an unfortunate leg injury which will keep him sidelined for some time. All at Limerick FC wish Michael a speedy recovery.

To their great credit, Limerick fought back and reduced Kerry's lead to a single goal when the in-form Morrison made it two goals in two games to leave the scoreline 2-1.

Kerry managed a third goal to make it 3-1, before Limerick hit back once again as Leon Kirrane scored in spectacular fashion direct from a free kick from 20-plus yards out. The dead ball specialist left the keeper stranded with a strike that was of real precision.

In the second half, Limerick looked like a completely different side, putting their visitors under severe pressure. Ger Costelloe’s half time team talk ignited a greater desire in the group. It seemed like it was only going to be a matter of time before the Blues would draw level again.

However, it was Kerry who scored next when, against the run of play, the visitors netted from the penalty spot for 4-2.

A fifth goal for the visitors sealed their victory. Limerick will have to regroup and try bounce back against Athlone Town in the Round 5 fixture.