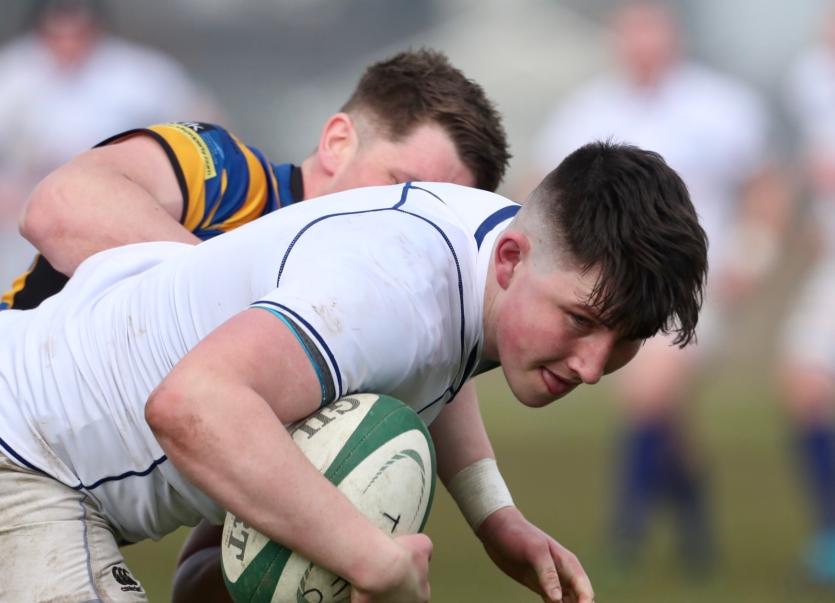 THE relegation issue in Division 1A of the All-Ireland League, involving both Shannon and Young Munster will come down to next Saturday's final round of regular season games after a dramatic penultimate round of games this weekend.

Munsters' boosted their survival hopes on Friday night with a 33-7 bonus point thumping of local rivals Shannon at Clifford Park.

However, Munsters' hopes of securing their place in 1A ahead of the final round of games next weekend were dashed when Terenure College scored a dramatic 16-15 win over semi-final bound Clontarf on Saturday.

The weekend results leave Shannon rooted to the foot of the table on 27 points, four behind both both Terenure and UCC who are on 31. Munsters' sit in sixth place on 34 points, so the Greenfields' are guaranteed a relegation play-off worse case scenario.

In next Saturday's final round of games, Shannon host high-flying Cork Constitution in a must-win game for the Parish side if they are to avoid the drop back to 1B after just one season in the top flight. A bonus point win for Tom Hayes' side could see them pull clear of the relegation zone altogether depending on result elsewhere.

#AIL@YoungMunsterRFC lead @Shannon_RFC 14-0 midway through the first half in Division 1A. Ger Slattery with this opening score. Dan Walsh with the second. pic.twitter.com/6i9oX4jRNw

Intriguingly Young Munster's final regular season game is away to another relegation-threatened side  Terenure College at Lakelands Park.

Meanwhile, also in Division 1A, Garryowen's faint prospects of securing a place in the semi-finals were ended with their heavy 54-26 defeat to Lansdowne on the back pitch at the Aviva Stadium.

Fifth-placed Garryowen, who trailed 14-23 at half-time, managed tries through Dave McCarthy, Cian O'Shea and Luke Ashmore, while the 'Light Blues' were also awarded a penalty try.

In Division 2A, fifth-placed UL-Bohemian, who trailed Galwegians 0-21 at half-time, rallied strongly in the second period to secure a dramatic 24-21 bonus point success at UL.

The Red, Red Robins kick started their revival with a HugH Bourke try soon after the restart, while Darragh O'Grady bagged a brace of touchdowns, including the bonus point try and Ogie Scannell also crossed the whitewash.

Mike Mulally added the remaining points with the boot for the home side who saw their promotion play-off hopes ended despite this win.

Also in Division 2A, Old Crescent's slim hopes of making the promotion play-offs were ended on Friday night with their 33-12 defeat away to high-flying Cashel. The Tipperary side outscored their visitors by five tries to two.

Tevita Toia and Cathal Monaghan scored tries for Crescent with Kevin Meade converting one of them for the Rosbrien side who had trailed 7-12 at half-time.

#AIL@YoungMunsterRFC with their second try of the night off a maul. Alan Kennedy scores for a 21-7 lead against @Shannon_RFC. pic.twitter.com/kN6EYBHxf9

Meanwhile, in Division 2C, promotion-chasing Bruff suffered a frustrating 27-19 defeat away to City of Derry.

The South Limerick side, who led 14-12 at half-time, had two tries from Liam Treacy, while Cian Tierney also dotted down. Kevin McManus added two conversions.

Ahead of the final round of games, Bruff sit in fourth place in the table, three points ahead of Omagh who host league winners Ballina in their final fixture.

Bruff's final game of the regular season is a home date with Muster rivals Midleton at Kilballyowen Park on Saturday next.

#AIL@YoungMunsterRFC are at least safe from automatic relegation in Division 1A after a 33-7 win at home to @Shannon_RFC. pic.twitter.com/GsJ5ZA2C9Y

Also in Division 2C, basement side Thomond kept their survival hopes alive with a gritty 21-10 victory over Bangor at Liam Fitzgerald Park.

The Royal Blues, who remain in bottom place in the table, managed three tries through Tom Sheehan, Mike Madden and Ryan Aherne to record just their fourth win of the campaign. Out-half Evan Cusack converted all three tries for the home side, who scored all their points in their opening half.

Thomond trail ninth-placed Bangor by four points and Tullamore and Seapoint by five points ahead of next saturday's final round of games.

Thomond's final game is away to Seapoint on Saturday next.