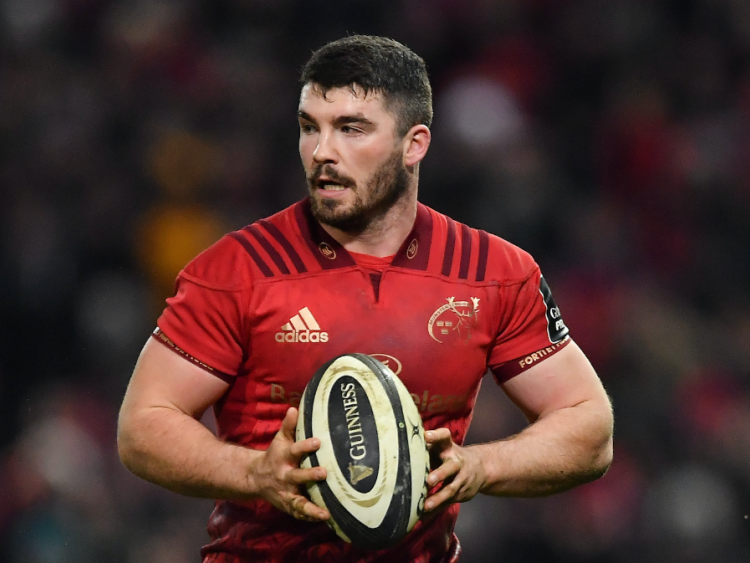 The Munster side has been named for Friday night’s Guinness PRO14 clash against Cardiff Blues at Irish Independent Park (7.35pm).

Haley starts at full-back with Andrew Conway and Keith Earls on either flank as Rory Scannell and Chris Farrell continue their centre partnership.

Conor Murray and Bleyendaal team up in the half-backs.

Dave Kilcoyne, O’Byrne and John Ryan pack down in the front row with Jean Kleyn and Holland in the engine room.

A back-row of O’Mahony, Cloete and Botha complete the side.

Sammy Arnold returns from injury to take his place among the replacements and is set to make his first appearance since January.

Cardiff Blues have made three changes to their starting line-up to face Munster in the Guinness PRO14 tomorrow night (7.35pm).

The Blues travel to Cork on the back of an impressive run of form, which has seen them win six of their last eight fixtures in the competition.

Following a 41-17 triumph over the Scarlets, they are determined to complete a double over Munster to remain in the play-off hunt.

Head coach John Mulvihill has made three changes to the side that blew the Scarlets away two weeks ago, all of which come in the pack.

Shane Lewis-Hughes continues on the blindside flank after replacing Josh Navidi in that victory, while Seb Davies and Dillon Lewis also come into the starting line-up following minor injuries to Nick Williams and Dmitri Arhip. Davies slots into the second-row with Josh Turnbull moving to number eight.

Kristian Dacey captains the side on his 150th appearance for the region, while Aled Summerhill will also reach a half century of caps.

Mulvihill said: “We’re going to Munster in pretty good shape and with a bit of confidence and momentum after winning five of our last six games.

“To reach the play-offs we will probably need to win two of our three remaining PRO14 fixtures, but we want to take any doubt out of the equation and that means winning all three.

“We’re under no illusions of how tough a test it will be against Munster, who are a top class team, but we are going to Cork to play and put them under real pressure.

“For Kristian and Aled, two local guys who are passionate about the region, it is a great milestone and we will be doing everything within our power to allow them to celebrate with a victory.”

Wales’ Capital Region are currently fourth in Conference A, but trail third-placed Connacht, who travel to face Zebre, on points difference only.

Friday’s opponents are enjoying a rich vein of form of their own and have won nine of their last 10 fixtures, in all competitions, including last weekend’s Heineken Champions Cup quarter-final triumph over Edinburgh.

However, Cardiff Blues have an impressive record at Irish Independent Park, where they most recently won in 2016, and Mulvihill believes the artificial surface could be advantageous.

Mulvihill added: “I’m told we have a pretty decent record in Cork, and it is a plastic pitch so that will hopefully suit us. If we can secure a win on Friday night, then we put ourselves in a good position ahead of Connacht and the Ospreys.

“We just need to keep playing the way we’ve been playing, tidy up a few areas and stay discipline. We will go there with an attacking mindset both with and without the ball.”