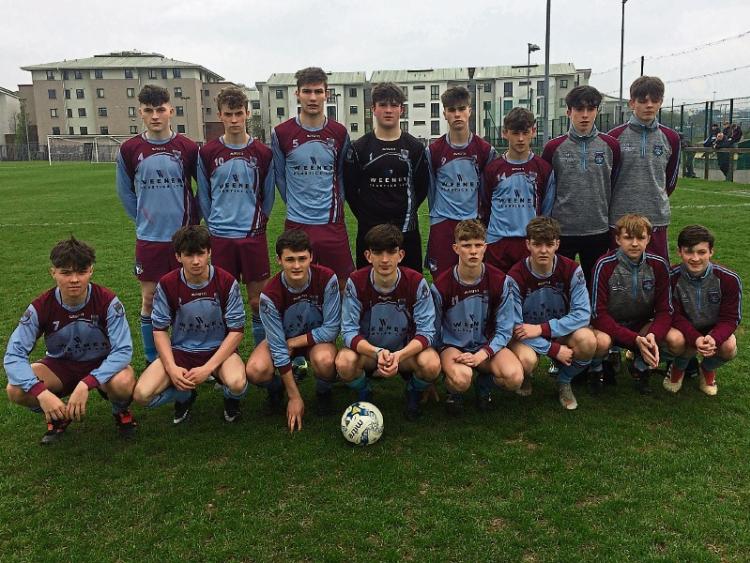 Glin Rovers will be at home to Askeaton in the quarter-finals of the Desmond Cup after winning 4-2 away to Pallaskenry on Sunday.

They led 2-0 at half-time with goals from John Wallace and Gary Culhane. Wallace scored again in the second-half, as did his twin brother, James. Pallaskenry pulled back two goals through an Alan O’Donnell penalty and a Ryan Kelly 25-yard free-kick.

The updated quarter-final draw is as follows:

A first-half goal by Sean O’Shea was enough for Rathkeale to edge past visitors Ballingarry in the first round of the Premier Division League Cup.

There was a surprise result in the first round of the Division 1 League Cup when Newcastle West Town Reserves won 2-0 away to Shountrade.

The game between Adare United and Shannonside FC went along expected lines, with Adare winning 3-1. The led 3-0 at half-time with goals from Chris Carey (2) and Robert Costello.

Division 1 leaders AK United advanced to the semi-finals with a 5-1 victory away to Athea United, whose goal was scored by Darren Murphy. AK led 2-1 at half-time thanks to a brace from Ken O’Donoghue and the second-half goals were scored by Mark Curran (2) and Keel Moloney.

AK are joined in the last four by Breska Rovers who won 4-2 on penalties after a scoreless draw away to Ballysteen. Goalkeeper James Purcell was the Breska hero in the shoot-out, saving two penalties and scoring one.

Creeves Celtic are back on top of Division 2 after a comprehensive 5-1 victory away to Knockaderry. They led 2-0 until Michael O’Sullivan pulled a goal back before half-time. Creeves pulled away with three more goals in the last ten minutes.

St. Ita’s are three points behind Creeves with a game in hand after winning 5-2 at home to Rockhill Rovers. Niall McEnery scored four and the other goal was scored by Darren Fitzgibbon.

Killeaney’Bally Rovers Reserves moved into fourth place with a 2-1 victory away to Ferry Rangers. Johnny O’Sullivan converted a penalty and the other goal was scored by Owen Curtin.

Breska Rovers wrapped up the Youths Division 2 title a couple of weeks ago and were presented with the trophy by Limerick Desmond League committee member, Tom Ambrose, after a challenge game against Caledonians as their scheduled game against Shannonside didn’t take place due to a walkover.

Mountcollins are through to the Youths Division 2 League Cup Final thanks to a 2-0 victory at home to St. Ita’s, the goals scored by Ryan Greaney and Conor Healy.

The first final in the newly-named Mick Hanley Park takes place on Saturday evening at 7pm when AK United and Shountrade meet in the Riedy Cup Final. Shountrade are bidding to win the trophy for the third season in a row but will face a tough challenge from the Division One leaders.

The two teams had contrasting results in the Division 1 League Cup last Sunday, Shountrade losing 2-0 at home to Newcastle West Town Reserves and AK winning 5-1 away to Athea United.

AK beat Shountrade 4-0 at home in the League. There certainly won’t be such a clear cut result on Saturday. In fact, I think that Shountrade will once again show their ability to shine on the big occasion and I tip them to complete a historic three-in-a-row.

Broadford United came oh so close to becoming the first Limerick Desmond League team to reach the Munster Youths Cup Final since Glin Rovers in 1984 when they were beaten 5-4 on sudden-death penalties last Sunday after a 2-2 draw against Villa FC in Waterford.

The never-say-die spirit of this Broadford team was clearly evident in the way they came from behind twice.

Special credit must go to the management team of Patrick Stack, Micheal Brosnan and Ray Keane who have moulded this talented bunch of players into a very tight unit.