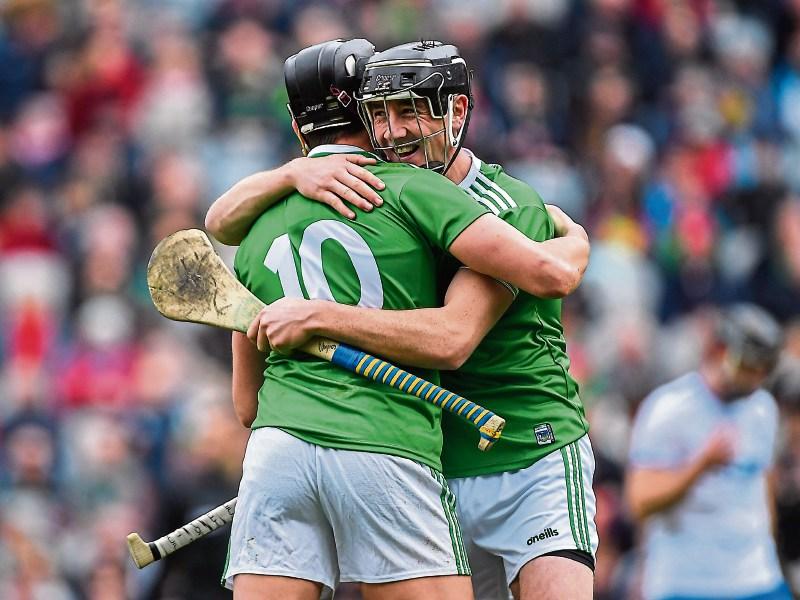 Without ever extending themselves to the limit Limerick won their 12th National League title in Croke Park last Sunday.

At no stage did Waterford suggest they were going to trouble a Limerick team that always looked to have time, space and creativity on the ball.

This was an assured performance by Limerick. The manor of their progress through this league has been very impressive and while minds will quickly switch to championship this win shows the focus of the players and the management.

They could have been forgiven after bridging such a long gap and winning the All-Ireland last August but John Kiely and Paul Kinnerk had other plans.

The ease by which Limerick went through the league gives you a good insight into the application and aptitude of the players.

They looked a great deal better than Waterford in Croke Park, I said last week they were a couple of gears ahead but this game showed them to be even more than that. Will it be that way when they meet in Walsh Park I don’t think so but that was the case in this league final. It was men against boys, Limerick were on top in nearly all positions and Waterford were unable to get a hold in the game.

Waterford were tormented by Aaron Gillane and it was no surprise that he won man of the match. He was on fire. His goal will be spoken about for many years. It was a flash of genius that saw him flick on the ball first time after Tom Morrissey had sent it in his direction.

It is not possible to coach what Gillane did, it was a touch of genius, it was done with perfect instinct and timing. That goal set Limerick up and Waterford never recovered from it.

Only minutes earlier Stephen Bennett had a gaping chance to hurt Limerick and that really was the story of the game. Limerick made it look easy. They also hit a basket of wides but still won the game pulling up.

Croke Park is the perfect pitch for this Limerick team. They have players with all of the right ingredients to make full use of the wide open spaces.

The trick for them is to engineer their way through the Munster championship and only then will we see the best of them.

Aaron Gillane finished the game with 1-9 to his credit. He is playing with great confidence and I feel we have yet to see the best from him.

It is really pleasing to see how Limerick are hurling. They are playing a style that allows them to go long and short.

The pace and accuracy of their passing off the hurley and hand is breathtaking. The speed at which they move the ball and the mobility of the players is as good as I have ever seen.

It will take a lot of hard running from teams to match what Limerick are at right now but I am around long enough to know that teams and players will relish the opportunity to go toe to toe with Limerick.

From Nickie Quaid in goal to Graeme Mulcahy they all played their part. Declan Hannon was commanding at centre back while Byrnes and Morrissey were solid wing men.

Mike Casey added solidity to the full backline where Sean Finn and Richie English did well.

I think most people expected more from Waterford and up to now Jamie Barron was the man that drove them from midfield.

That was not allowed happen in this game. Cian Lynch and Darragh O’Donovan were simply outstanding. Their work rate, running and passing destroyed Waterford. They were unable to contain them. The standard at which Lynch and Donovan play is of the highest quality.

The measure of any player or team is that you can see improvement from them after they have achieved great success.

This is the case with Limerick and that also applies to Gearoid Hegarty. His contribution was majestic last Sunday.

He scored three points but brought much more to the table than those fine scores. There were times last year when I wrote about how he was sometimes caught with what I call long handed hurling. By that I mean he was using the full length at all times.

That was not the case against Waterford. Look back at some of his points and watch how he shortens the hurley.

His hurling is improving and that is how teams become great teams as a result of ongoing player development.

He is not alone in the development front but he stood out for me in this game. Kyle Hayes and Tom Morrissey did a lot of work. Morrissey must have clocked up miles and it was good to see him produce such a fine performance against Waterford.

Peter Casey will have enjoyed this league final. He landed three fine points and also made some fine assists. The run in the league will have been good for him and I expect him to play a significant part as the year progresses.

This is a very special time for Limerick hurling. Winning the All-Ireland and adding the league just a few months later is a source of great joy.

The players are setting the agenda, the management have been superb in the way they have applied leadership of this group of players. It’s clear to see that this group are hungry for more and they are right. Apply themselves and go after as much as they can because it doesn’t last forever.

The players have handled success really well, they have backed it up in a manner that we have never seen before in Limerick.

That is a template that can be vital in the ongoing development of Limerick players now and in the future. Croke Park was a place that once held many fears for Limerick. That is no longer the case.

This team are setting standards and creating their own hurling history and long may that be the case. Championship is just around the corner and I am sure that will bring close calls and some hardship but Limerick are the team to beat right now.

While Limerick were closing out the game in Croke Park last Sunday my good friend Noel Noonan lost his brave battle with cancer.

Noel was just a very special man that was respected and liked by all those who met him.

He loved Limerick and all that it had to offer. He had a long association with Garryowen Rugby but he was also a great supporter of Limerick hurling.

He travelled to games and was so happy to seen Limerick win the All Ireland last August. Noel Noonan had a special way with people. He was gentle, kind and always at the ready to help others. I can recall when I had the Walk of Life for Milford Hospice Noel looked after the City for me.

That was Noel always willing to play his part but always well away from the limelight. He was happy to help and that was that. No sideshows, no drama just play his part and move on. Noel Noonan made an impact on many people and to his family and friends I offer my sincere sympathy.

On Sunday last in Croke Park we watched on as Richie English played his part in another great win for Limerick but sadly early on Monday morning his father Paddy passed away.

I have known Paddy for a very long time. His love of hurling both club and county was unmatched. He was a very knowledgeable about the game. Our last meeting was at the county final last year. He was purring with joy as he spoke about Richie and how delighted he was to see Limerick win the All Ireland.

Paddy English gave me many a lift and often went out of his way. That was a long time ago but I never forgot his generosity.

He was such a kind honourably man. He spoke softly but was always very sincere. To his family, club and friends I offer my sincere sympathies.