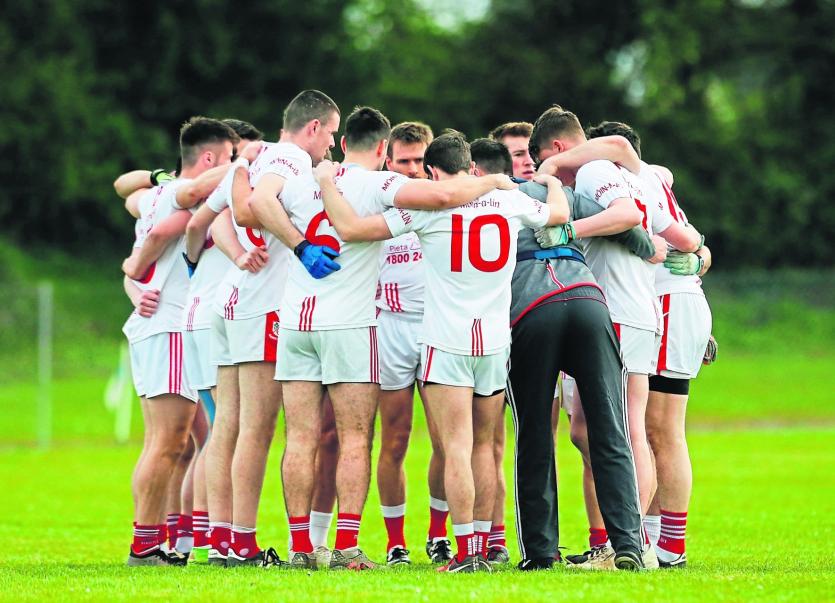 CHAMPIONS Adare, Ballysteen and Oola made it two wins from two in the Irish Wire Products Limerick SFC this Friday evening.

There are further games on Saturday and Sunday ahead of a 16-week break until round three.

Back-to-back winners Adare were 0-12 to 1-5 winners over Fr Caseys in Mick Neville Park.

The champions were 0-7 to 1-2 ahead at half time with Mikey Lyons scores leading the way.

There was a 19th minute goal from Billy Quirke for the Abbeyfeale men.

There was no way back for Fr Caseys in the second half.

There was a double-header in Kilbreedy where Oola and Ballysteen scored their second wins of the championship.

Oola were 3-15 to 0-12 winners over a Dromcollogher-Broadford side without a win.

In the second half Josh Ryan had two goals and the biggest cheer of the night came when Richie English found the net.

In the second game, Ballysteen were 2-9 to 0-7 winners over Monaleen, who remain without a win.

It was 2-5 to 0-4 to the winners at the interval with Mark Ranahan (penalty) and Shane Gallagher finding the goals.

In the second half, the scores dried up but Ballysteen never looked like losing.