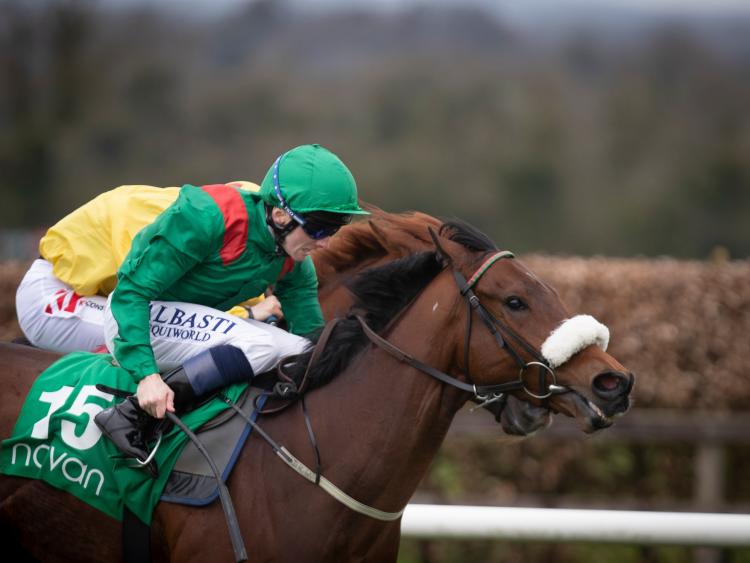 Billy Lee got off the mark for the new Flat season when teaming up with Curragh trainer Willie McCreery to win the opening 5f fillies’ maiden with Ickworth at Dundalk on Friday night. She carried the colours of Godolphin to success at odds of 5/1.

Lee made all the running on the two-year-old to win by three parts of a length from the Jim Bolger-trained Moments Linger. Chris Hayes landed his second winner of the new term when partnering the Nigel Slevin-trained Takeachancejimmy to win the 7f handicap. The 10/1 chance did well to score as he was drawn out widest of all in stall 14.

It got better for Hayes at Navan the following afternoon where he shared two winners with Dermot Weld. The pair won both divisions of the 8f maiden with horses for the Aga Khan, 100/30 chance Sherkali taking the opening leg from the gambled-on 13/8 favourite California Daddy while 9/2 shot Shelir got up in the final stride to win the second heat by a short-head from the Ken Condon-trained Piano Solo. Weld has the Tetrarch Stakes in mind for his second winner. Lee was also back among the winners at the County Meath venue where Trump Card, owned by the Trump Syndicate, won the 1m5f handicap by half a length from the Jim Bolger-trained Teologia.

Donie McInerney was a local winner at Limerick on Sunday where he partnered Goulane Chosen to win the 2m1f handicap chase. Conna trainer Seamus Spillane supplied the winner, with the 3/1 chance just holding off the late surge of the Davy Russell-ridden Tycoon Prince by a nose.