Limerick captain Declan Hannon: 'While we are involved we want to win as much as possible' 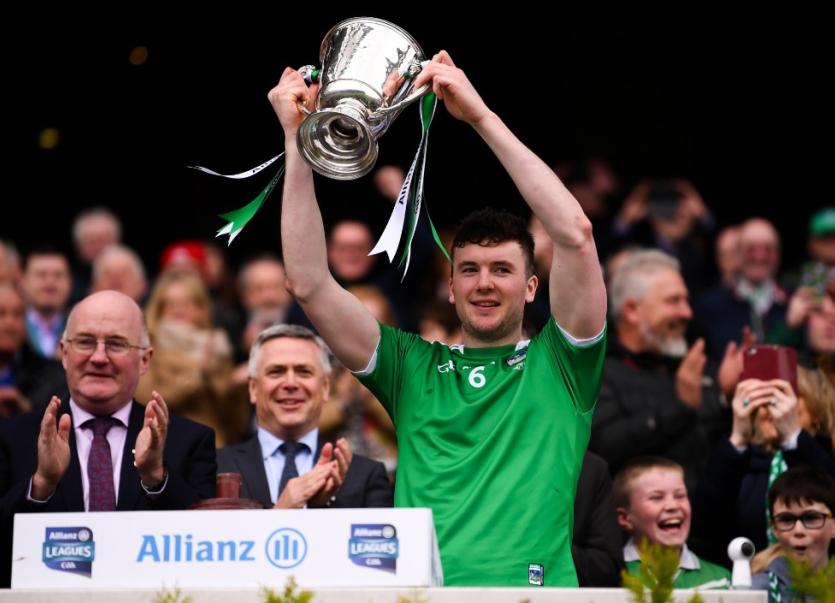 MICK Mackey and Timmy Ryan both did it and now Declan Hannon has – captaining Limerick to All-Ireland SHC and Hurling League title wins.

“None of us had a league medal, none of us even had played in a Division One league final before today. We had played in the semi final but never the final. Winning is a habit and while we are involved we want to win as much as possible. This is another stepping stone,” Hannon told the Limerick Leader in Croke Park.

“It feels great. It was a good win - the boys worked hard and it was a thoroughly deserved win. I don’t think we hit top gear but we did enough to get through,” said the Adare man.

“It’s nice to be involved this time of the year and here in Croke Park where you want to be.”

It was just the sixth game in a decade for Limerick in GAA Headquarters.

“Limerick have been long enough not up here so we want to try and make hay when the sun shines but we now drive on again for the championship. That’s only over a month away and we have club championship in between.”

He added: “We are delighted and over the moon but this group of players always look at the bigger picture and the Munster Championship is next. We are delighted to win this league but we did take it game by game and it has brought us success which is fantastic”.

Limerick become the first side in over 15 years to reach Croke Park on successive outings with national silverware.

“We are probably more at home here now and a bit more settled. We have our routine of coming up to Croke Park and it’s where we want to be and we are enjoying it and having fun but of course it’s made easier when you are winning,” said Hannon.

“There is massive hunger there - we have been down for plenty years so now we want to stay up for as long as we can. Success is great, your form is great for the next week - we are just doing the best we can and working as hard as we can.”

Next up Munster SHC on May 19 against Cork.

“There is very little between the teams - it’s all on the day. We will focus on ourselves and our performance and that’s all we can do - we can’t dictate what the other teams do. We will continue to do that and if it works, it works and if it doesn’t it will never be for the lack of trying.”

He explained: "The Munster Championship is going to be savage. Going down to Waterford, Cork coming to Limerick and more - it’s game by game. The top three to come out of Munster will definitely have earned it and that’s our aim and if we are in the top three we are into the next stage of the championship and that’s a whole new ball game".

What of the league final display?

"It was a great start but then in the middle third of the first half we went out of it a bit and Waterford came back to 8-6. We pushed on again and got the scores when we needed them but we still could have had more scores on the board to. At half time we just talked about pushing on and playing for the full 35-minutes and not just fits and starts. I think we did that and kind-of shut them down well and got the scores when needed," he analysed.