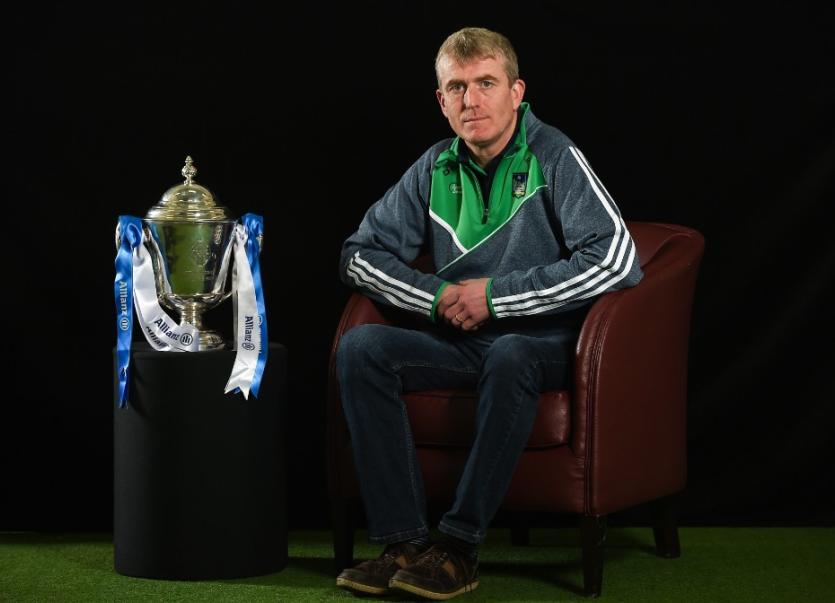 JOHN Kiely hasn't been back in Croke Park in any capacity since the August 19 All-Ireland SHC final victory.

On Sunday, the Limerick manager leads his side back into GAA Headquarters bidding to end a 22 year wait for Allianz Hurling League honours.

This Sunday, the Limerick manager bids to add more silverware to his CV.

In his third year at the helm of the senior hurlers; Kiely has seen Limerick captains lift the Liam MacCarthy Cup, as well as the Munster Hurling League and Fenway Classic trophies.

"It's great from a number of points - great for the group to build back confidence again and competitive games at this time of the year are very valuable given the fact that we will be breaking up shortly for club matches and taking a break for that," he outlined.

"At the end of the day we are realistic in that we know that this is still the national hurling league and there will be a significant step-up come the championship - there is no denying that and everyone understands that. But in trying to bridge the time between league and championship, this is a very useful couple of weeks to get a couple of tough games under our belt," explained the Galbally man.

Members of the Limerick panel will have two rounds of Limerick club hurling championship action during May.

"We will come back and have three or three and a half weeks of preparation for the championship. Once you start, it's a juggernaut that keeps on going," said Kiely of the "onslaught of Summer campaign".

Kiely was part of Limerick senior hurling panels throughout the 1990's but wasn't part of either the '92 or '97 league winning set-ups.

The Abbey CBS principal is adamant that last Summer's Munster SHC tie between Limerick and Waterford will have no bearing on Sunday.

"Waterford are on a crest of a wave at the moment and have had a fantastic league campaign and with a new management team in their first season they have done really well to get up and running so fast and so early. If you look at it, they had injuries but they are all wiped out and they have players available to them that they didn't have last year so they will pose a huge challenge to us on Sunday," said the Limerick manager.