Aaron Gillane: Limerick seek 'new tricks up your sleeve' to stay ahead of challengers 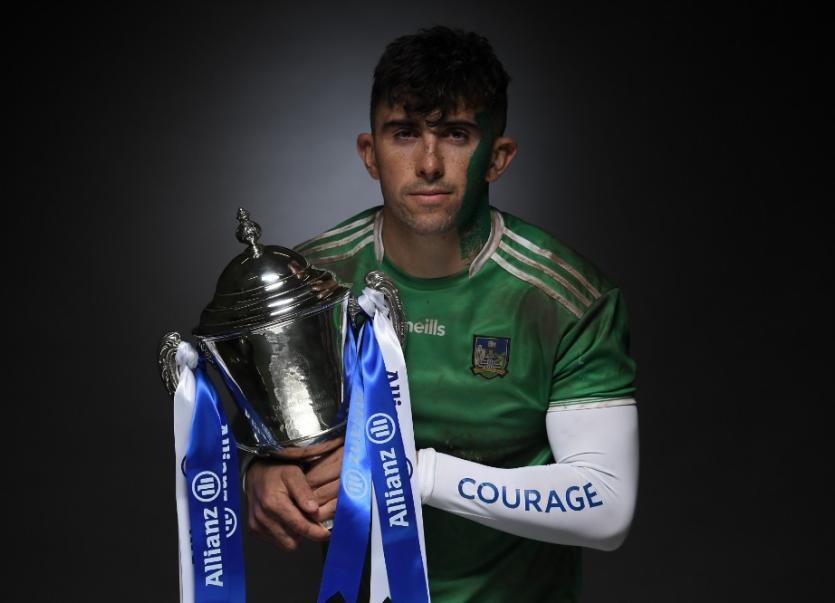 IT may look like the All-Ireland champions have continued where they left off last year but Aaron Gillane insists it is subtle changes that has Limerick in fine fettle in 2019.

New panel members, a new hurling coach and a new performance psychology coach are among the visible changes and top scorer Gillane believes change is necessary to stay ahead of the chasing pack.

”The same as anything you do, you have to be consistently making small changes to find where you can improve – they might all only be 1% or 2% but at the end of the day they all add up,” said the Patrickswell man at a media briefing organised by sponsors Allianz this Wednesday.

“The new fellas coming in and there were six or seven – they settled in right away and were looking for places on the team and on the matchday panel. That keeps everyone on their toes and no one can take their position for granted and that’s a good thing to keep us all focused. It’s every easy say it but with us you know that you can end up watching the next match from the sideline. There are 30-35 players there that could very easily get a starting jersey – I think it’s good and it brings a bit of bite to training. It’s ultra competitive and I wouldn’t have it any other way to be honest,” outlined the Mary Immaculate College student.

“You have to be finding things you can improve – there are things I can improve from last year; my finishing, my tackling; practice with frees or looking to making different diagonal runs. There is loads of things and it is important to keep changing – there is no point saying I got away by doing this last year so I will get away with it this year. People are going to be watching you that extra bit more now, so you have to have a few new tricks up your sleeve.”

He added: “If you want to be up as one of the best or on the best teams; you can’t be a one trick pony – you have to be able to adapt to things as they happen in front of you. You can have all the tactics in the world but you have to have you own bit of smarts as well”.

“With too much tactics you can get consumed on out the field and afraid to put a foot wrong or bottled up with worry. Some of the stuff is off the cuff or just us being able to adapt. It’s important you enjoy it – you wouldn’t put that much time in if you didn’t enjoy it. On the flip side, when you are enjoying it, you are able to go out and express yourself a bit more and have more freedom.”

Gillane was speaking in Croke Park – his first time back in the Dublin stadium since August 19 last.

“It was my first time back up there – walking out on the field for a few photos and it brought back a few fond memories but they were short-lived with all the focus on Sunday,” he stressed.

“Last year and I hate going back to mention last year, but a lot of people hadn’t played in Croke Park and maybe in a good year you get two matches in Croke Park so getting back there is a help again – it’s the field you want to play on since you were four or five.”

”It’s massive – we are gunning for it. You have to try and win as much as you can, when you can. At the end of the day this is a national title and that speaks for itself. There is no one in our panel that has a league title and it’s one we dearly want,” said Gillane.

”It will be no stroll in the park because Waterford are a serious team and you could go as far as saying that they are the form team of the league, except for one small blip against Dublin. They had a very smooth transition of new managers because sometimes that can be tricky and might take a year or two to be a new print on a team but they seem to be flying it.”