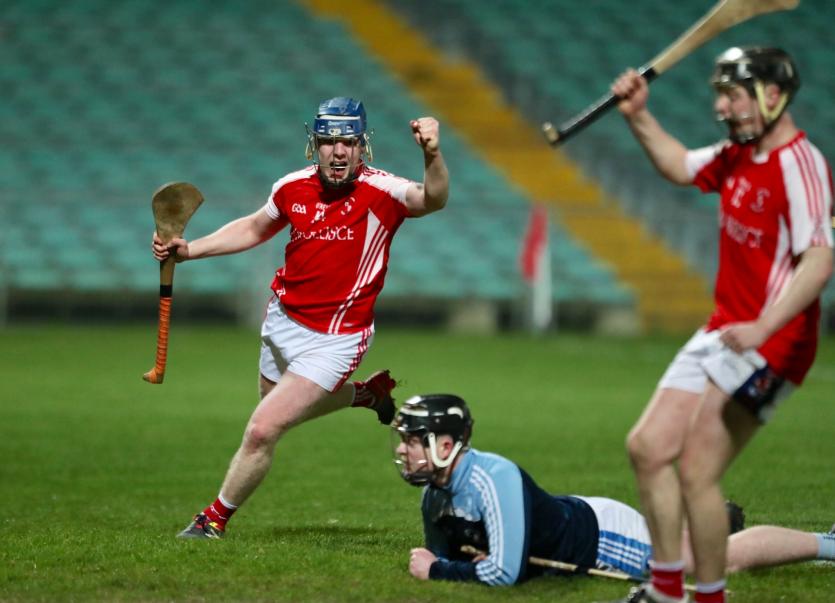 DOON are Limerick U-21 hurling champions for the first time since 2005.

The east Limerick men ended a run of four successive final defeats with a 2-10 to 1-11 final win over Na Piarsaigh in the Gaelic Grounds this Tuesday night.

It's a fifth ever Premier U-21 title for Doon.

It was 1-6 to 0-8 to Doon at half time against a Na Piarsaigh side appearing in a ninth final in 10 years.

There was slow start to this contest with the sides level at 0-2 each and then 0-4 each on 22-minutes.

Jack Ryan had two of those early points from play for Doon, while Na Piarsaigh had to wait until the 22nd minute for William Henn to get their first score from play - Henn scored 0-7 (5frees, 1 '65) in the half.

After leading for much of the half, Doon responded in style to the Caherdavin men drawing level.

The all important first half goal came in the 24th minute - full forward Jack Ryan again sparkling to fetch and smash to the net from close range.

Before the city side could settle Josh Ryan and Eddie Stokes fired over points from distance and the east Limerick men were 1-6 to 0-4 ahead.

No panic from the men in Light Blue though and they hit the last four points of the half to ensure just a two point deficit at the break.

Adam McNamara joining Henn on the scoresheet as half time approached for the Paul Condon managed Na Piarsaigh, who had five wides in the half, compared to two for Doon.

The second half had a much greater intensity and it was Na Piarsaigh that made the early running.

James Daly had a point within a minute.

Then seven minutes after the break Rueban McCarthy goal after a fine fetch to put Na Piarsaigh ahead for the first time - 1-9 to 1-6.

Josh Ryan from play and from a free hit back but the city men still held a one point lead after the game entered the final quarter.

Ten minutes from the end it was Ryan's midfield partner Dubhan O'Grady who burst through to find the net and return Doon to the front; 2-8 to 1-9.

They had to play out the final minutes with 14-men though - a straight red card in the 53rd minute for Jack Downey.

But Na Piarsaigh just couldn't score and were soon onto seven wides for the half and 12 in total and no score in the half since the seventh minute.

Henn did get them back on the scoreboard but Doon were not to be denied on this occasion.