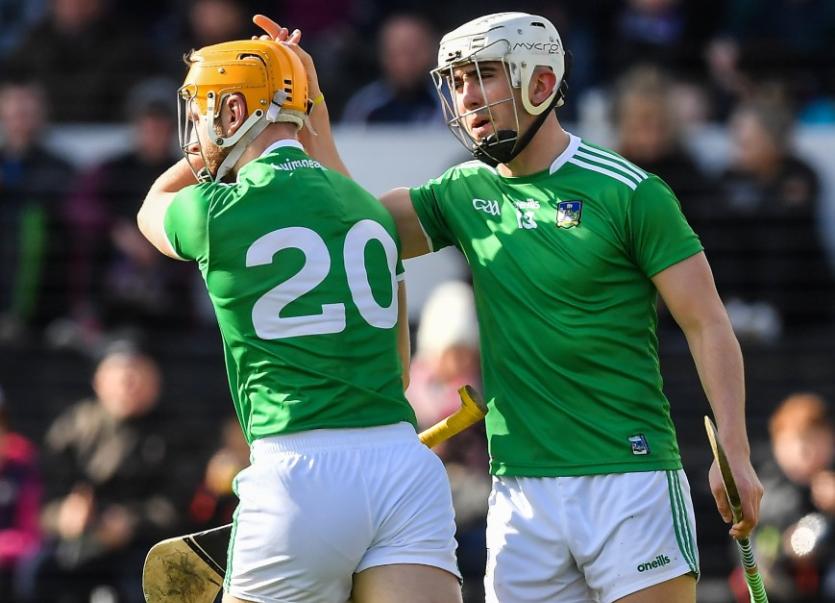 Aaron Gillane congratulates Seamus Flanagan after he scored his goal

JUST over seven months after All-Ireland success, Limerick are 70-minutes away from more silverware after ending a 13 year wait to reach an Allianz Hurling League final.

This 1-19 to 1-16 semi final win wasn’t pretty but one moment of beauty to create the all-important goal in the final minutes helped John Kiely’s men past a determined Dublin challenge.

Next Sunday’s Limerick-Waterford final in Croke Park will be the first league final for the men in green since 2006.

Limerick arrived into this semi final as the hottest of 3/10 favourites to beat Mattie Kenny’s Dublin and while the All-Ireland champions were nine points clear after the goal, there were some late anxious moments as Dublin fought back.

It was a tough, tight, tense encounter watched by 13,227 in Kilkenny's Nowlan Park.

A clash of Division 1A and 1B table-toppers, the sides were level seven occasions in the opening half before Limerick got a firm group in the second period helped by a fine 61st minute Seamus Flanagan goal after superb play from Hurler of the Year Cian Lynch.