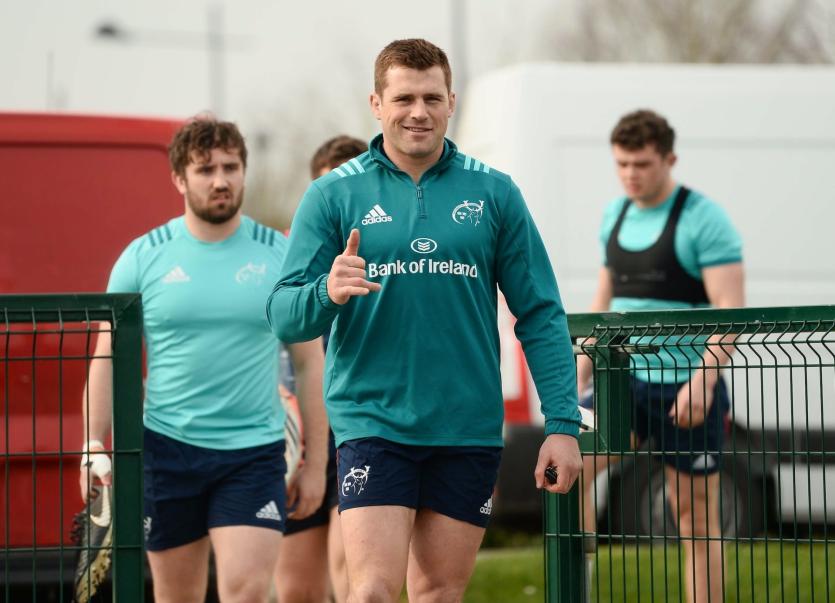 Munster have included CJ Stander in their side for tomorrow's game

The Munster squad has been named for Saturday night’s Guinness PRO14 clash against Zebre at Thomond Park (7.45pm) and CJ Stander captains the side on his return from international duty. In other good news, UCC's Jack O’Donoghue makes his first start since recovering from a serious knee injury.

There are seven changes to the side that faced Scarlets three weeks ago. Alex Wootton, JJ Hanrahan, Stephen Archer, Darren O’Shea, O’Donoghue, Chris Cloete and Stander all come into the starting XV. Mike Haley starts at full-back with Darren Sweetnam and Wootton on either flank.

Rory Scannell and Dan Goggin continue their centre partnership with Alby Mathewson and Hanrahan in the half-backs. Jeremy Loughman, Rhys Marshall and Archer pack down in the front row.

Fineen Wycherley moves into the second row and is partnered by Darren O’Shea.

It’s all change in the back row as O’Donoghue, Cloete and Stander complete the side.

Tyler Bleyendaal is among the replacements and is in line to make his 50th appearance for the province.