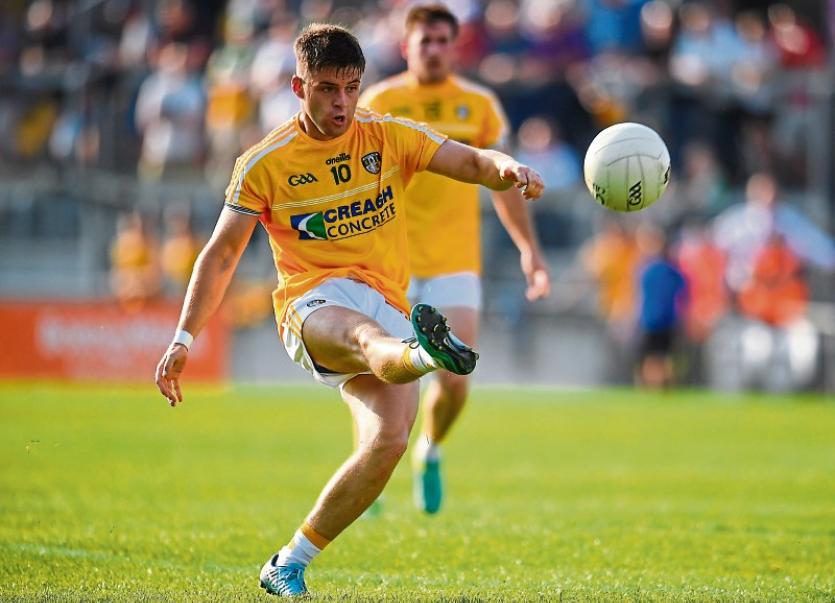 Ahead of the round seven game, Billy Lee’s Limerick have a record of two wins and four defeats.

While Limerick are on the back of four successive defeats, the margins have been tight throughout this division, where Derry and Leitrim were promotion with two games to spare.

Ahead of Sunday, Limerick can still finish in third place in the eight team group, which would be tangible progress but another defeat could see the men in green end up in the bottom two of the 32 teams entering in the Allianz Football League.

On conclusion of the league, Limerick will have seven weeks until the Saturday May 11 Munster SFC quarter final with Tipperary in Thurles (7pm).

Victory over Liam Kearns’ men books a June 1 semi final with Cork in Pairc Ui Chaoimh, while defeat sends Limerick into the All-Ireland Qualifiers on June 8/9.

But first, Antrim on Sunday.

“Hopefully, we’ll end up the league on a positive note. At least this year, we don’t fear anyone,” said Billy Lee.

Mindful of defensive strength during the league, Billy Lee saw positives when speaking with media after last Saturday’s one point loss to Wexford.

“I don’t think any team has really threatened us with goals during the league. It’s the long range shooting. Wexford were very good at it and maybe we weren’t putting enough pressure on the shot. We’d similar chances ourselves but we didn’t take them. One or two little tweaks and it could have turned out different.”

“Maybe our one-on-one defending left something to be desired in the first half. We spoke about it at half time and we gave them very few opportunities in the second half but we didn’t take our chances like they did. We just seem to find something in every game we get exposed on and it puts us on the back foot. It’s takes a lot of energy to keep our minds on learning from what we’ve been doing wrong. But at least this squad is honest if nothing else,” outlined Lee.

“We kept going at it, we took the lessons of the previous games, and it was positive to see the improvement. Unfortunately, execution left us down again in a bad way. While the focus might be on that last mark we missed, we failed to convert many other opportunities in the second half. I don’t want to pinpoint it on any particular incident. We all have to shoulder the responsibility to toughen up and go at it again,” recalled Lee.

The fight back fell short.

“Look, it’s hard, it’s really, really hard to take. We should have got a draw out of it at the very least. I just don’t know what to say, to be honest with you,” said Lee after Sean McSweeney’s 73rd minute kick from a mark drifted wide.