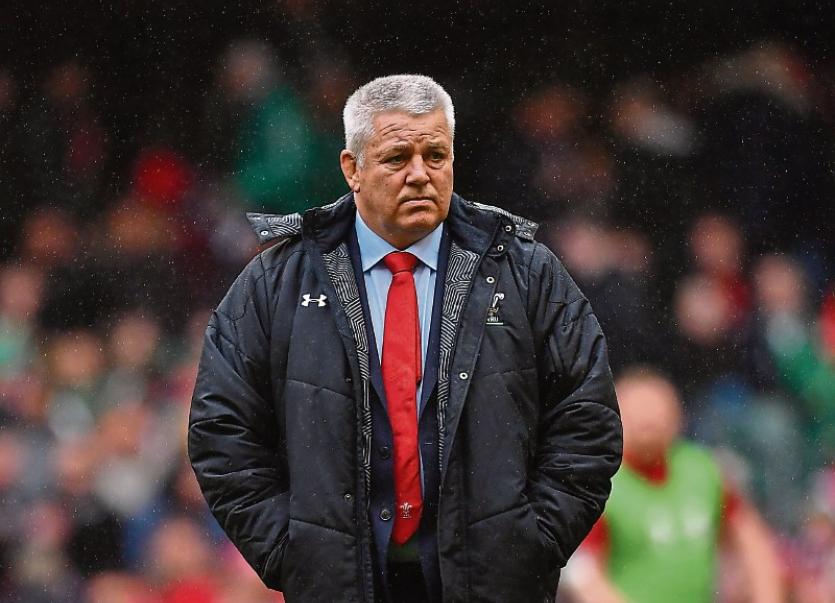 Warren Gatland, winner of three Grand Slams, the same as Ireland, ever.

SO how does a team made up of players who are playing for regions struggling in the Guinness PRO14 and Heineken Champions Cup stuff a side leaden with players flying high in both competitions?

Perhaps the best person to answer that question is Wales head coach Warren Gatland who masterminded a third Grand Slam success since he took the reins in 2008.

Three Grand Slams is as many as Ireland has won in their entire rugby history. Just think about it.

So while the Ireland players from Munster, Leinster and Ulster drift back to their provinces this week to begin preparations for mammoth Heineken Champions Cup quarter-finals on Saturday week, Welsh players bask in the glory of another Grand Slam success and start to contemplate a few weeks downtime as none of their regions will be involved in Champions Cup last eight action.

The Welsh players will be solely involved in PRO14 fixtures for the remainder of the season before their focus switches to the World Cup.

Ireland players will be knocking – and having lumps knocked out of themselves - in huge Champions and Challenge Cup fixtures. Perhaps it’s the best way to get over a bitterly disappointing Six Nations campaign.