‘She was so positive even in dark days, she was inspiring, and funny’ - Mary Cregan RIP 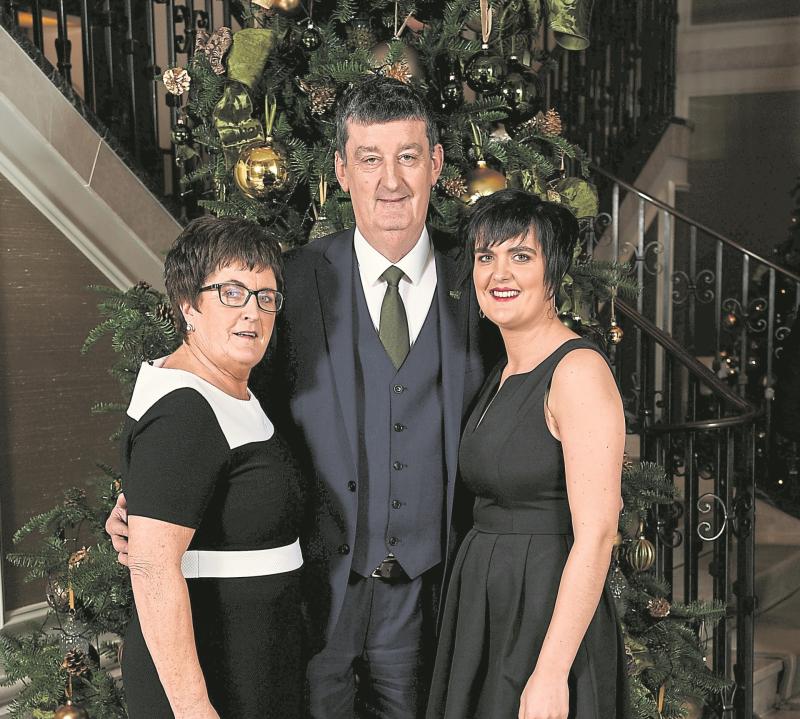 Mary Cregan, right, with her parents John and Patsy on their arrival at the 2018 GAA Hurling All-Ireland Medal Presentation

The vulnerability of life is something we don’t always appreciate. So often in our busyness we get lost in what really matters.

Death is a chilling reminder of how precious life is. Last week Mary Cregan lost her brave battle with cancer, she showed immense courage over the last four years and sadly this charming young woman at just thirty three was called to Gods kingdom.

The loss of a young person is never easy to accept but the loss of child to a parent cuts right to the core.

As parents we all want the best for our children, we want to see them develop and meet the challenges that life will present to them.

Mary Cregan, daughter of John and Patsy met so many challenges, she found a way of dealing with the majority of them. For so many in Limerick GAA they might never have met Mary Cregan but over the past few weeks in particular they would have known the enormity of the challenges she faced.

The GAA family once again stood tall, they stood with the Cregan family and that support will be a source of strength to them in time.

Over many years I have recalled the contribution that many people in this page and it is with great sadness that I remember Mary Cregan.

My first contact with Mary was about four years ago. It was at the start of her journey and battle with cancer. We met just a few times but it was no surprise that GAA was never far from her mind.

The last time we met was at the presentation of the All-Ireland medals in Adare Manor. It was a most special night and Mary really enjoyed it.

She looked great and was fully of energy. We chatted as she recalled the entire All-Ireland final day for me. She spoke about her dad John and how proud she was that he was lucky enough to be County Chairman and that Limerick would win the All-Ireland in his first year of office.

When Mary started talking, you could sit back. She didn’t steal that, but on that special night it was as if she needed to express the joy she and her family got from what was the greatest All-Ireland win.

The joy and passion she showed that night gave no suggestion that this beautiful young woman would leave the grasp of her family on March 14.

One of the lasting memories Mary gave me that night was her level of positivity. She spoke about the future, she didn’t dwell on the past, for her it was about living life to the full and we could all learn from that.

She told me hurling was a great distraction in 2018 and she was hoping it would be the same in 2019.

Sadly that will not be the case but I am sure when it comes to championship days she will raise a Limerick flag in heaven.

John Cregan provided stability and calmness to Limerick GAA when it was badly needed and despite the challenges he and his family were coping with he somehow found the strength.

Mary was never too far from his side. She was passionate about GAA and passionate about being the best she could be. From every part of the county they travelled over the two days of the funeral.

It was a reminder to us all just how fragile life’s journey is. Mary was great with people, she got the best from them and they responded to the drive and energy she expressed.

There are times when we feel that hurling and the GAA are the most important aspects of our life but in reality they fall into insignificance when a family looses a loved one.

Only those that unfortunately lost a child fully understand what the Cregan family are going through. It’s not supposed to be that way but we have no control over the calamity that life can sometimes throw at us.

Like I witnessed on countless occasions in the past the support of the GAA, neighbours and community groups play such a major part when families experience loss.

It was that and more, deep in West Limerick, last weekend.

On every road, at every junction, they stood offering help and support.

From every club in Limerick they travelled. From around Munster and other parts of Ireland they came to pay their respects to Mary Cregan and her heartbroken family.

She always looked for a nugget of positivity and in most cases she kept everyone going.

I think Denis Carroll put it best, “Mary was just a very special girl, she was so positive even in dark days. She was inspiring, funny and blessed with many talents. She had the ability to bring life and energy into any room and it takes someone very special to do that.”

Mary Cregan passed away just one day before the fundraising concert she was spearheading to raise funds for the charities that had helped her during her journey.

The concert took place last Friday night and while a very emotional event it was in many ways a celebration of Mary’s life.

A life where she had given her all in everything that she did. Mary Cregan was never happy giving a bit, it was always about playing your part and being the best you can be.

Her father John said, “She was an exceptional young woman and we are all so proud of her.”

Her mother Pasty said, “She gave it her best shot.”

Hundreds turned up at the Devon Inn and just as in life Mary Cregan had made an impact. This young girl that cared for many as nurse has left a rich legacy of love and kindness.

The GAA family is built on solid traditions. The love of parish, the love of community. When one of that family is in trouble the entire community has a habit of delivering.

This year we have lost some great GAA people in Limerick. It is fitting to remember the dead and the contribution they make in life.

Mary Cregan didn’t have to speak because long before she opened her mouth her eyes engaged you. She always had a spark, she was always in good form but most of all she was a generous, warm young woman that loved the company of people.

John O’ Donoghue the late poet could well have wrote the following lines for Mary,

“Your love was like the dawn, brightening over our lives, awakening beneath the dark, a future adventure of colour. The sound of your voice found for us a new music, that brightened everything.”

To her parents, John and Patsy, her brother Tommy, her sister Mairead and extended family I offer my sincere sympathies at this very sad time.