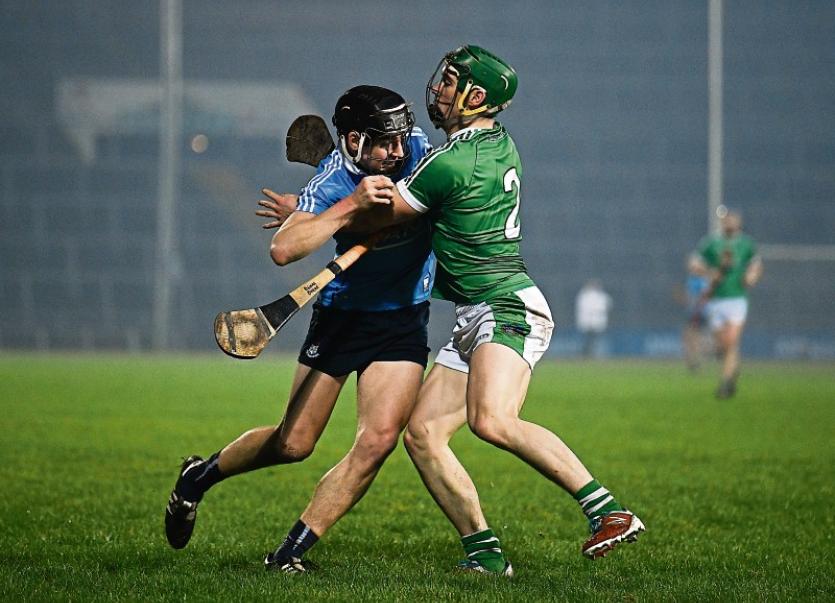 Thou shall not pass: Donal Burke of Dublin in action against Sean Finn of Limerick when the two sides met last season in the league

SEVEN months after Declan Hannon lifted the Liam MacCarthy Cup on the steps of the Hogan Stand, Sunday feels like the first big test for All-Ireland champions Limerick.

Yes, Limerick have already played eight competitive fixtures in the 2019 season but Sunday is knockout hurling in a neutral ground with a place in the final of the secondary national competition at place.

The Division 1A group phase of the league felt somewhat like a victory lap for Limerick. I am not dismissing the contests – there were some great games and key indicators for John Kiely's men ahead of the Munster SHC.

But at the end of the day there was little on the line in those five league games with no relegation from the top flight this Spring. It’s hard to know where any team was at in their training programme on any given day and I doubt most teams would have used about the 30-player mark had relegation been an issue.

The games were fast and furious but still something was lacking in the games – the real cut and trust of championship with a real tangible prize on offer.

Nonetheless, Limerick went about their business in a professional manner – on the field continuing where they left off last August and at time looked like a side that have added to their armoury. Off the field, they were just as impressive – top ambassadors for Limerick GAA with their supporter inaction after the final whistle.

What is impressive is that the spread of players didn't’ halt the Limerick rhythm – even in defeat to Cork and the draw with Clare, performance was maintained for periods in both games.

The league quarter final was knockout but given that Laois were the opposition, it felt very much like a foregone conclusion and that’s what materialised in Portlaoise.

Sunday should be different. No matter how a county approached the league heretofore, all will want to make the step from semi final to final.

There are five in the Limerick set-up that will potentially be starting a fourth successive league semi final and yet to taste success – Nickie Quaid, Richie English, Diarmaid Byrnes, Gearoid Hegarty and Cian Lynch.

The simply reality is that Limerick are 70-minutes away from ending a 13 year wait to reach a league final. None of the 42-man panel have played in a league final and surely would love to add a league medal to their Celtic Cross of last August.

Dublin, Galway and Waterford stand between Limerick and more silverware.

Pressure can bring strange results and for the first time since last August, Limerick will be under pressure on Sunday – the hottest of 3/10 favourites to reach the final but playing a team that have already beaten Tipperary and Waterford and have nothing to lose against the All-Ireland champions.

The Limerick set-up will say that there is no greater pressure or expectation than the one they place on themselves but Joe-Public can sense more silverware and will be expectant.

Limerick preparation should be ideal – St Patricks Bank Holiday weekend free from competitive fare as part of a two week build-up to the semi final.

After much experimentation, Limerick will surely go fully loaded to Nowlan Park and much interest will centre on the team announcement on Friday night.

To-date, the tag of champions has rested softly on the shoulders of the Limerick players and management and I do expect normal service to continue on Sunday against Dublin and send the men in green and white into a league final but it will be interesting to see if any dynamic changes given that something tangible is now on the line.