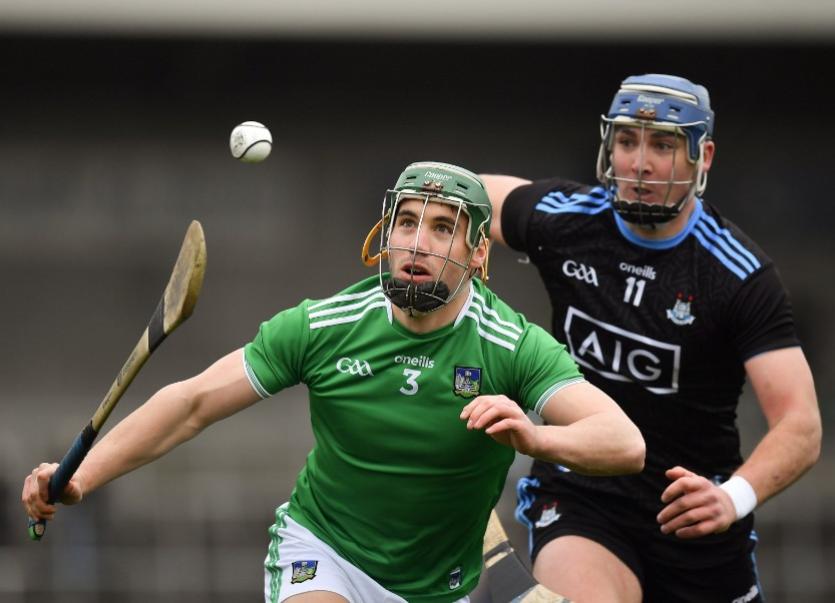 LIMERICK are into a first Allianz Hurling League final since 2006.

Limerick arrived into this semi final with four wins, a draw and a loss and after using 32 different players.

They lined out in Nowlan Park with both Declan Hannon and Seamus Flanagan on the bench and Tom Condon the only player to start all seven league games to-date. For Nickie Quaid, Richie English, Diarmaid Byrnes, Gearoid Hegarty and Cian Lynch it was a starting place in a fourth successive semi final.

Dublin were backed by the breeze in the first half but Limerick edged 0-10 to 0-9 ahead.

In this clash of Division 1A and 1B table-toppers, the sides were level on four occasions but to the 11th minute.

Darragh O'Donovan, Aaron Gillane, Tom Morrissey and Graeme Mulcahy all on the mark for Limerick in the early minutes with Danny Sutcliffe and Eamon Dillon each with two points for Dublin.

Limerick then opened the first gap with a second for Mulcahy helping the men in green 0-6 to 0-4 ahead at the mid-point of the half.

Dublin bidding to reach a first league final since they were champions in 2011 lined out with a sweeper, Sean Moran - leaving Tom Condon free at the other end of the field.

A third of the day from Mulcahy had Limerick two clear again but the game was tied 0-7 each by the 26th minute with two Paul Ryan frees.

Mattie Kenny's side then edged ahead for the first time.

When Gearoid Hegarty pointed the sides were level for a seventh time, 0-9 each, and just two minutes to half time.

There were to be five extra minutes and a late Gillane point ensured Limerick had the interval lead - the Gillane point could have been a goal after a solo through the middle by Kyle Hayes.

It was a half where Limerick had three wides and Dublin six.

After defeat in the last three league semi finals, it was Limerick that scored first in the new half to move two clear again.

Eight minutes into the second half there was a lead of three points for the first time with a fine Darragh O'Donovan score.

Thirteen minutes had lapsed when Dublin had their first point from play in the new half and Limerick weren't able to gain any major stranglehold.

Dublin had five substitutions used before David Dempsey was the first Limerick introduction in the 52nd minute.

Peter Casey became the seventh Limerickman on the scoresheet and the lead was soon out to four points - Limerick 0-16 Dublin 0-12 and 13-minutes to play.

Soon the run of Limerick scores had stretched to six. In the 61st minute came the all-important goal - Seamus Flanagan with a superb finish after a fine move involving a great Cian Lynch catch after a Byrnes delivery.

Ronan Hayes hit back with a Dublin goal in the 64th minute.

When sub David Treacy added a Dublin point the lead was down to five points ahead of three minutes of injury time.