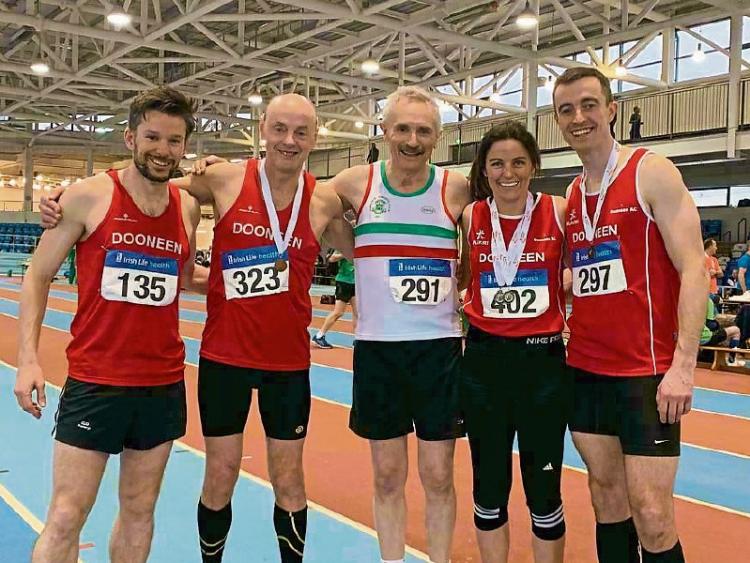 Taking place in Athlone last Sunday there was some fine performances at the national indoor masters championships with some coveted national medals returning to Shannonside.

Inclement weather forced cancellation of the cycle but not the run at this popular Milltown Malbay based event. Bernard O’Hanlon of Dooneen ran valiantly to take 3rd in 30:34. Clubmate Anne MacPhail was the 3rd woman in a time of 33:31.

Mark Liston and Helen O’Sullivan were first finishers in 21:03 and 25:10 respectively.

Sanctuary Runners Limerick is aiming to get Irish people running in solidarity with those in Direct Provision. The group meets twice a week, on Monday evenings at the University of Limerick East Gate car park at 7:30 pm and Saturday afternoons at the playing pitch at Mary Immaculate College at 1:45pm.

They are putting out a call for any second hand/spare running gear which is in good condition.