Limerick gear up for quick-fire meetings with Cobh Ramblers 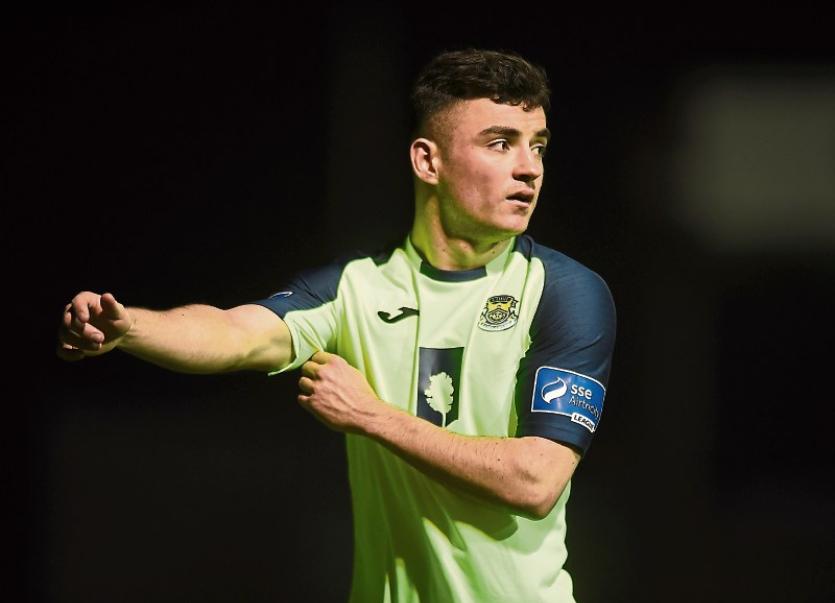 Limerick are still waiting for their first win and first goal of the campaign. The Blues have recorded 0-0 draws in two of their three league outings to date.

Following Friday night’s clash with Cobh Ramblers in Garryowen, Tommy Barrett’s charges will renew rivalry with the Cork side in the opening round of the EA Sports Cup at St Colman’s Park on Bank Holiday Monday, 3pm.

Limerick FC chiefs will be hoping for an improved attendance at this Friday night’s game. Just 420 fans passed through the turnstiles at the Markets Field for last Friday’s First Division league fixture with Drogheda.

The figure was significantly down on the 814 who paid in to watch the opening home league fixture of the season against Longford Town.

Limerick have had a difficult opening stretch to league fixtures.

However, Friday’s game against a Cobh side, one place above them in the table and with just one win in their opening three league fixtures, offers a decent opportunity to record a win.

As well as hoping to secure a timely win, Limerick boss Tommy Barrett will be hoping that the attendance at Friday night’s Munster derby is bigger than the one recorded against Drogheda a week ago.

“I was disappointed (with the attendance v Drogheda), because I thought we did well the last night against Longford. There are plenty of reasons for that, but we have to be positive.

“We have 18 amateur players in the squad now and five that are part time. That’s where we are at. Our budget is a lot lower than the three teams that we have played.

“It’s not all about budget, I know that and I understand that but expectations that we will be beating Drogheda comfortably is unrealistic.

“At the same time, we could easily have won both those games 1-0. We could have easily lost them 1-0. I don’t see us hammering anyone in this division.

“It’s not like a few years ago when we had a huge budget. People need to realise that. They are good, young local lads that are getting lots of game time.

“Hopefully, in the next year or two, we can be competing at the top of the table. We have got to build it.”

Meanwhile, should Limerick overcome Cobh in their first round EA Sports Cup clash at St Colman’s Park on Monday, the Blues will face a trip to Turner’s Cross to take on Premier Division Cork City in the next round of the competition. All second round fixtures are set to be played on April 1/2.

The Blues took the lead midway through the first half when Man of the Match Lee Devitt delivered an excellent ball into the box which Tomas O'Connor slotted home.

Limerick doubled their lead before half time when Devitt again turned provider with another set piece which Edmond O'Dwyer tucked into the corner. The impressive Mark McInerney made it 3-0 when he fired the ball into the net from the edge of the box. Moments later Ronan McGuire combined well with McInerney to make it 4-0 for the visitors.