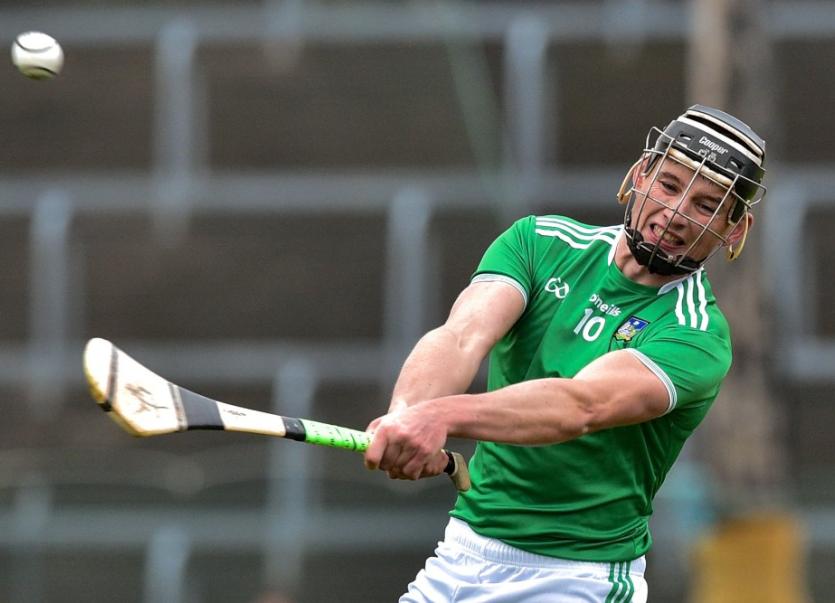 ‘GAME by game’ is the mantra of most sports teams in the current era but Gearoid Hegarty can’t hide his desire to add a national league medal to his All-Ireland SHC medal.

“We were down this road last year so hopefully this year we can win the league,” said the Limerick wing forward after his side reached a fourth successive Allianz Hurling League semi final.

“We move on and we forget about this and try and win the league – I heard a stat that Limerick haven’t won a league in 22 years. I didn’t realise it was so long since Limerick won the league,” said the St Patricks man, who was TG4 Man of the Match in the quarter final win over Laois.

“It’s job done – we knew coming up here that if we performed we were going to get through realistically – we had our own targets and we hit them and we got through comfortably enough.”

“The fixtures have fallen well for us when I think about it – we have a weekend off now and other teams have to play next weekend before we meet someone in the semi final,” he outlined.

Since joining the inter-county ranks this is the first Spring where Hegarty hasn't had to juggle college GAA commitments. An advantage?

”Yes and No. Yes in that I don’t have half the game played that I would normally at this time of the year. But they are two competitions I loved playing; the Sigerson and Fitzgibbon and I wouldn’t change my participation in those over the last number of years for anything. Yes it makes it easier that I haven’t the same workload at the moment,” said Hegarty.

“There is massive competition in the team. When you get lucky enough to get a jersey you have to hold onto it as best you can. I didn’t start the Kilkenny game and came home from that thinking the three boys that played that day had flaking games and everyone of them could have been Man of the Match – I was thinking am I under a bit of pressure here to get a starting position.”