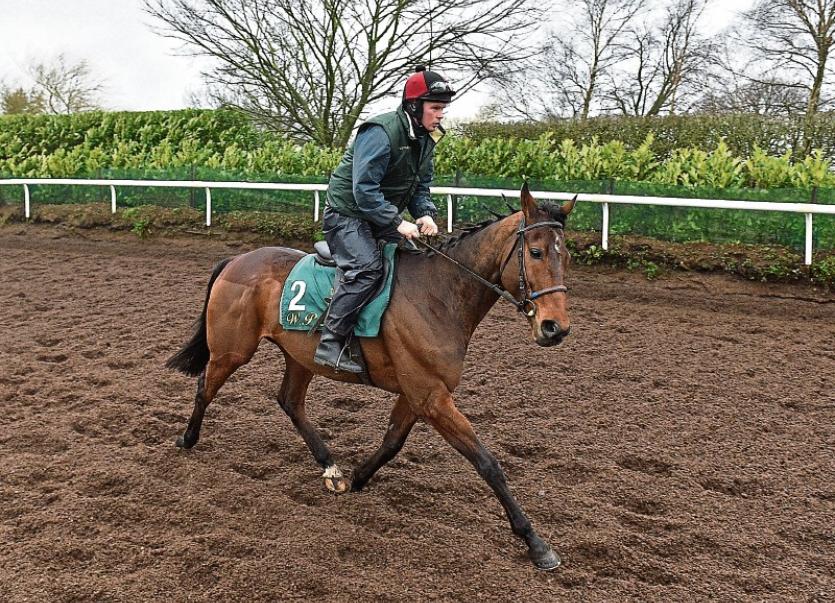 Bellshill preparing for the Gold Cup

FRIDAY’S Grade 1 Magners Cheltenham Gold Cup Chase, which boasts a first prize of stg£351,688 and is due off at 3.30pm is one of the real highlights of the annual National Hunt season.

Current favourite for Friday afternoon’s showpiece contest is the Pat Kelly-trained Presenting Percy, who has won three from five over fences so far and warmed up for this campaign with a game win in a Gowran Park Grade 2 over hurdles in January.

Presenting Percy, an eight-year-old, has yet to race over fences this season.

Willie Mullins, is yet to win a Cheltenham Gold Cup. His horses have filled the runners-up berth on six previous occasions.

Victory for Presenting Percy on Friday would be a fairytale story for his connections. However, at odds of 12/1, Irish Gold Cup winner Bellshill represents a good each way bet and could well help Mullins break his duck in the blue riband of steeple-chasing.