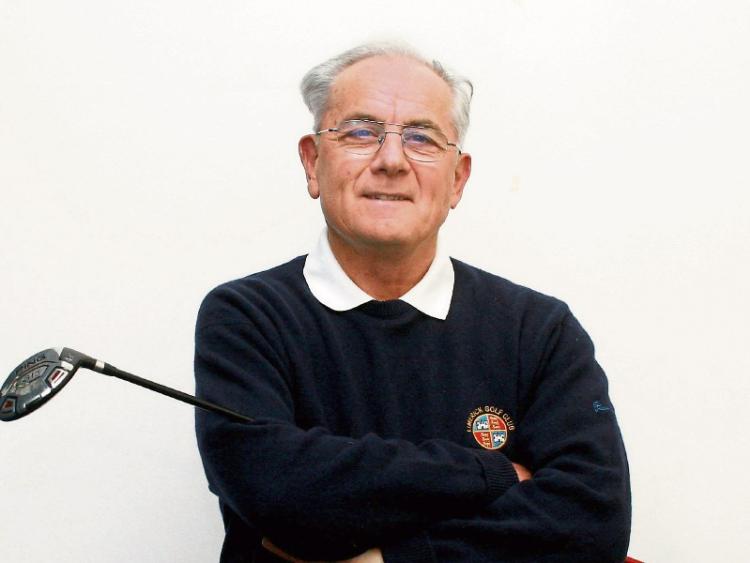 HAVING happily played golf almost every day since he retired over 25 years ago, 89-year old John arrived home feeling downcast and depressed.

“That’s it!” he told his wife. “I’m not playing golf any more. I’m giving it up for good. My eyesight is so bad; I can’t see where the ball goes. Losing so many balls takes all the fun away. I quit!”

His alarmed wife sat him down and gave him a big mug of hot Bovril before asking: “Why don’t you take my brother, Peter, along with you next time? He is 87 but his eyesight is perfect”.

The next day, John and Peter arrive on the first tee. John tees up, takes dead aim, swings and makes perfect contact. He squints down the fairway but sees nothing.

Turning to his brother-in-law, he demanded: “Did you see that ball?. Of course, I did - it was a terrific shot - don’t you know I have perfect eyesight?”

I have begun having my senior moments too. Out of town without my weapons and needing to hire a set, I wasn’t impressed when directed to pick from a number of grubby ‘articles’ lying in a dark corner of a dingy store room.

After a quick perusal, I was relieved to spot a shiny set of Mizuno blades and took them. Separately, I was handed a Ping G400 demo driver, a fairway metal to match and an Odyssey putter.

Because I was short of time, on my own and the course was long and hilly, I also hired a cart.

The first tee seemed about half-a-mile away. Rushing to get ahead of a 4ball, I managed to fire off a beauty and slalomed down a steep hill to the fairway and hit an equally good second shot with the fairway metal that came up just short of the par-5 green.

Pulling out a pitching wedge for my short approach, I was horrified to discover it was left-handed! I was never so pleased to have hired a cart.

Back in the pro shop, I was introduced to a visitor from Albuquerque, New Mexico who was looking for a companion. As we progressed around the course, he began telling me that he had been lucky in the computer software business and was ‘worth millions of dollars.’

He was now spending his money by playing the world’s best golf courses. My new friend told me he had taken up golf in his late-40s and was haunted by the thought that he may have wasted his life making more money than he would ever need and would gladly giveaway half of it if he could hit the ball like me.

When he did not accept my offer of becoming his golf coach for a measly one of his millions, I told him his astute decision-making in business had not transferred to the golf course.

Later, more seriously, I told him that he was ‘blessed’ to have discovered golf late. Many excellent golfers give it up too soon because they cannot tolerate the drop in standard due to loss of youth and suppleness.

Those who accept the limitations of aging enjoy the game more than perfectionist types. To be an improving golfer in your senior years is a blessing.

The happiest golfers are those who could always play a reasonable game but never had the time to work at improving prior to retirement. At last in a position to get to grips with golf; they thrive.

Is Golf A Sport? The anti-golf lobby will say in their dismissal of golf as a sport: “Where’s the perspiration and heavy breathing, where’s the blood and guts? Where’s the danger to life and limb?” How little do they know!

Golf has more subtle attributes than rushing around bashing into people. In golf, you can get bad breaks from good shots and good breaks from poor shots but either way you have to ‘suck it up’ and play the ball as it lies.

Apart from high technical skill, golf demands a level of determination, intelligence, concentration, character, resolve, patience, nerve-control, honesty and intestinal fortitude that participants in other sports do not have to possess to the same extent.

It’s true that golf may not be as physically punishing as other games, but it is more demanding than its critics think.

Try swinging a golf club non-stop and see how long you can keep it going? You will be shocked how soon your arms will turn to jelly. Plenty of calories are burned during a round of 18-holes.

“There are many things to celebrate,” said Langer, “The key to success is a lot of things. You've got to be healthy, otherwise you can't play, and a lot of guys at age 61 aren't healthy enough anymore.

Wait until they have to perform surgery to remove that long putter from under your oxter, Bernhard, that's when you'll find out what real pain is, says I.