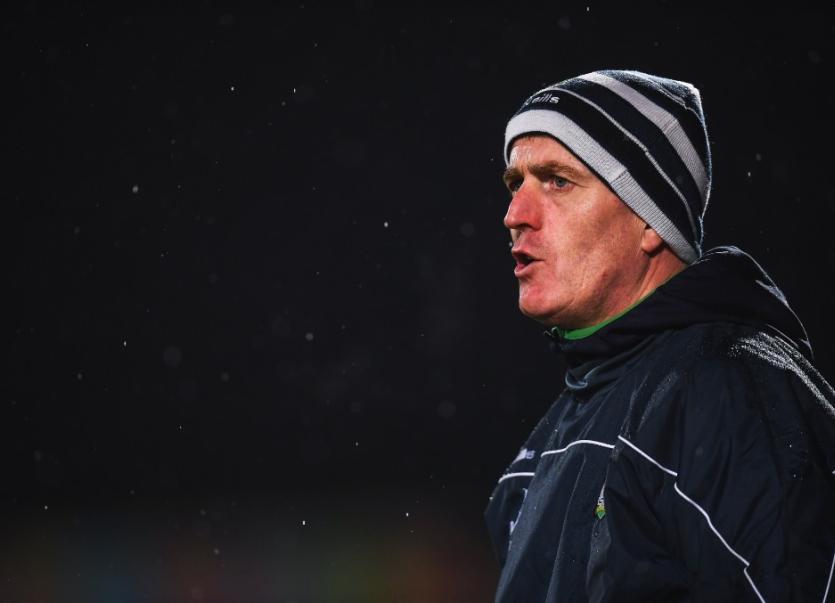 “WE would like to push on one more step this year,” said John Kiely of Limerick’s Allianz Hurling League ambitions.

Limerick will be appearing in a fourth successive semi final when they face Tipperary or Dublin in the March 23/24 semi finals but the wait for a final appearance stretches back to 2006.

“For us, we are in a semi final and back to where we were last year,” said Kiely after the 17-point quarter final win over Laois.

“It’s job done but plenty work to do and we have two weeks to get ready for a semi final and we will need the two weeks because we have a lot of work to do.

“Overall I am happy to get the result and the performance had a lot of what we would be happy with but elements that we wouldn’t,” he said in Portlaoise.

“We will work hard for the next two weeks and hopefully we will have plenty competition for places in two weeks time,” said the Limerick manager who has seen 32 players across the six league games to-date.

“If there wasn’t (competition for places) we would be in a bad place - I have a panel of 41 and they would want to be pushing because the league is coming to an end and places are at a premium so the next two weeks are going to be very important,” he stressed.

Limerick are nine weeks from Munster SHC and the manager feels two more league games would be ideal.

“​I have always been of the opinion that getting to the later stages of the league is something that I like to do in terms of closing that gap between the league and championship. I thought last year, us getting to the semi final, was an advantage when it came to getting ready for the championship,” said Kiely.

While there are three quarter final ties this St Patrick’s Bank Holiday weekend, Limerick have two weeks to prepare for their semi final. The Limerick manager isn’t sure, which is the better scenario.

“Next week someone will win and everyone will say they have all the momentum so through whatever lens you would look at it, you will see what you want to see,” he said.

Although a team containing just six of the All-Ireland line-up eased to the win over Laois, the manager felt there were negatives among the positives.

“I am pleased with some bits and not too happy with others bits. We did well in the first half and worked hard - we did well on our own puckouts and were economical with our shooting.

“Laois to be fair got a lot of shots off but to be fair they weren’t from the areas that are going to threaten the most but they were hard-working and really good on their own puckout and it was very hard for us to get a stop on that and it was a launching pad for many of their attacks. In the second half they game got a bit untidy when both sides made a lot of changes - the game lost a bit of momentum and shape and as a result both sides didn’t get anywhere near the level of performance in that second half than we did in the first half,” he recalled.