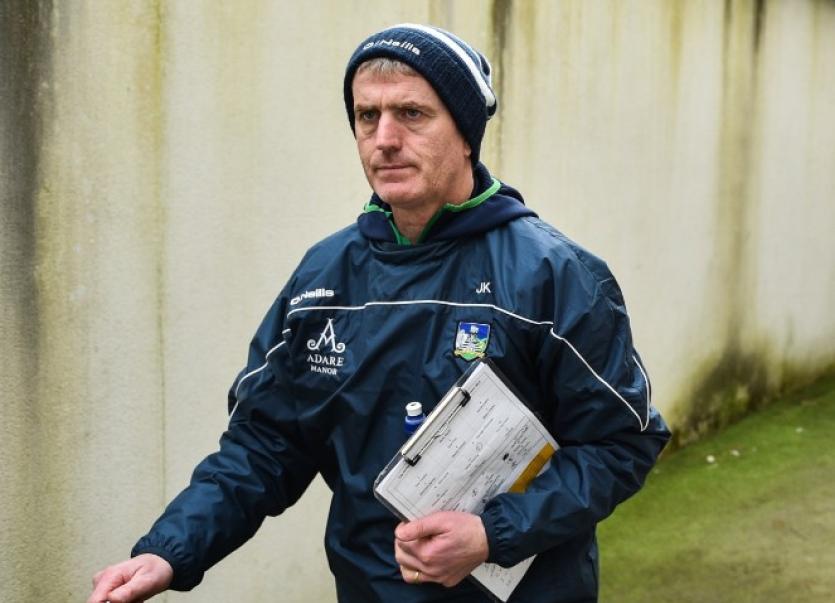 LIMERICK could be set for the home comforts of the Gaelic Grounds for their Allianz Hurling League semi final.

If it’s another meeting with Tipperary, Limerick will enjoy home advantage in the Gaelic Grounds.

Home venue would come Limerick’s way as the Thurles hosted last year’s semi final between the counties, which Tipperary won 2-31 to 1-31 after extra time.

The venue for a Dublin-Limerick semi final would have to be confirmed by Croke Park officials – the sides did meet in quarter finals in 2015 and 2016 and both were in Dublin.

Limerick and Liam Sheedy's Tipperary have already met twice in the 2019 season - The Premier County Munster League winners pre-Christmas and the Treaty men seven points winners in the Allianz League on February 2.

Limerick will be appearing in a fourth successive semi final – tasting defeat in the previous three to Tipperary, Galway and Waterford.

Limerick’s last league final appearance was in 2006 and the last of 11 league titles was won back in 1997.

In the other side of the draw Galway host Wexford and Clare play Waterford in next weekend’s quarter finals with the respective winners meeting in a March 23/24 semi final.

Also confirmed this weekend were the groupings for a new-look Allianz Hurling League next season.

Limerick will be in Group One of Division One, along with, Tipperary, Waterford, Galway, Westmeath and the winner of a Kilkenny-Cork play-off.

There will be three new faces from this season for Limerick with a Joe Quaid managed Westmeath a most interesting proposition. The former county goalkeeper and his largely Limerick backroom team won promotion from Division Two this Sunday with a final victory over Kerry. It will be the first time in 33 years that Westmeath play in the top tier of the league.

In Division One’s Group Two of the 2020 league will be will be Wexford, Clare, Dublin, Laois, Carlow and the loser of next weeks’s Nowlan Park Kilkenny-Cork play-off.