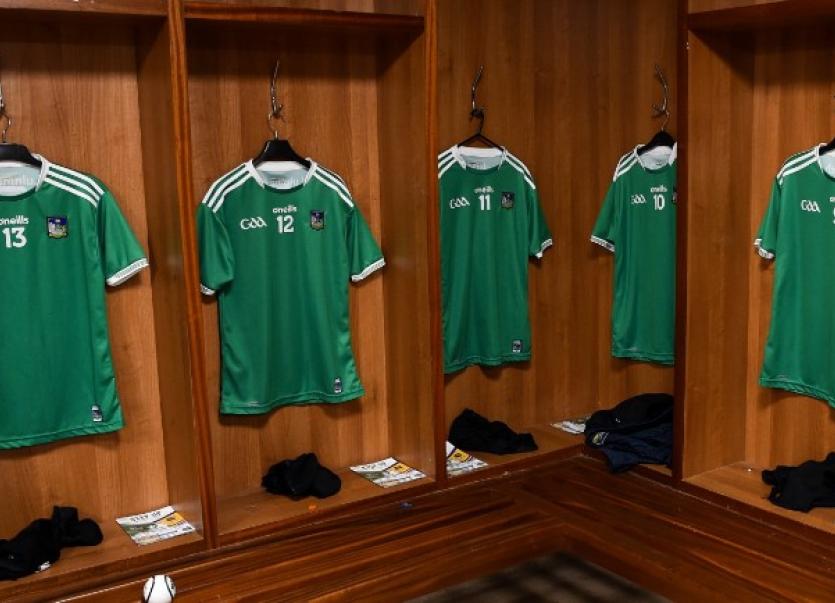 MUNSTER GAA have confirmed all fixtures for the 2019 Munster SHC.

At a meeting of the Munster CCC on Thursday March 7, the dates, times and ticket arrangements for the 2019 Munster GAA Hurling Championship were confirmed.

The 2019 Munster Senior and Minor Hurling Championships Round-Robin series will be run over six-week period rather than five weeks as was the case in 2018. This will eliminate the scenario of counties playing on four consecutive weekends.

However, Limerick and Clare will play on three consecutive weekends and the schedule has been configured to ensure both counties finish their programme with these three games, all taking place in June.

"The alternative system, which sees all counties play two weekends in a row, would have seen one county starting the campaign with two away games and one county finishing with two away games. It was decided to remain with the system agreed prior to the start of the new format, which ensures a home/away/home/away or away/home/away/home sequence. Counties also decided against starting on May 5 in order to give maximum time for club games in April," confirmed a Munster GAA statement.

May 19 - Limerick v Cork in the Gaelic Grounds at 4pm

June 9 - Limerick v Clare in the Gaelic Grounds at 4pm

* The Munster Minor Hurling Championship games between the same counties will serve as the curtain-raisers to all fixtures - two hours before.

Tickets for the Munster SHC will go on public sale via tickets.ie and Centra and Supervalu outlets from Wednesday April 24.

Due to the restricted capacity at Walsh Park Waterford, tickets for both Munster Hurling Championship games scheduled for the Waterford city venue will not go on public sale and will be made available via the participating counties and clubs only.

For the group games, the ticket prices are:

Adult: Stand €20, Terrace €15
Under 16s: €5 all areas
Student/OAP: Concession of €5 with valid ID prior to entry at the designated stile.

These prices are pre-purchase prices, applicable until midnight of the night before the game with prices being consistent for all venues. All adult ticket prices increase by €5 on the day. 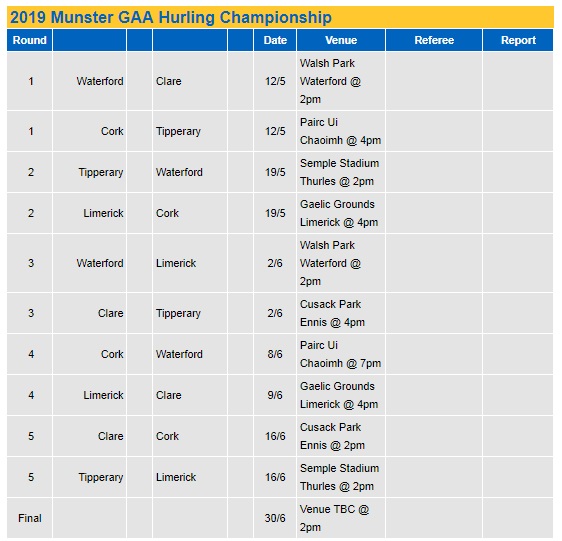