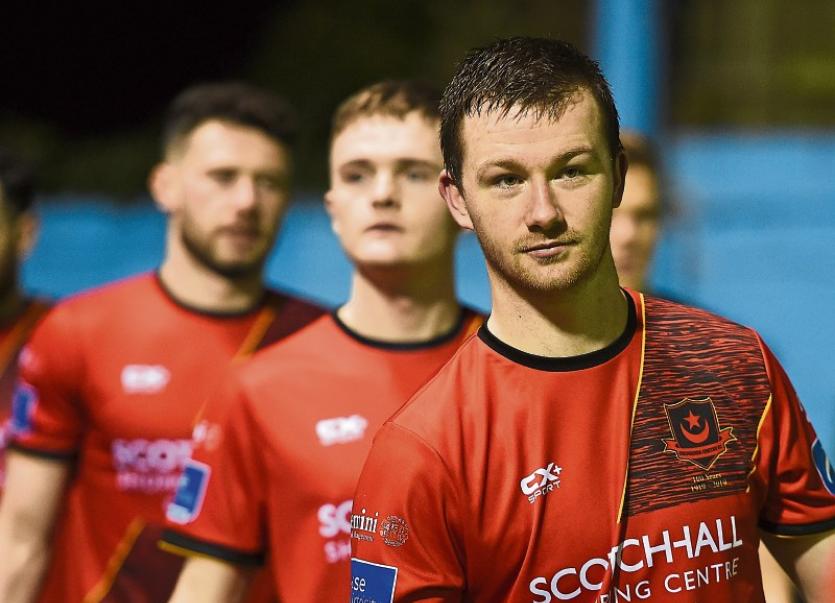 LIMERICK FC will be looking to break their duck in front of goal in league action this season when hosting Drogheda United in a crucial SSE Airtricity League First Division fixture on Friday night.

Limerick welcome the ‘Drogs’ to the Markets Field, 7.45pm, looking to score their opening goal in league football this season.

The ‘Blues’ didn’t manage to find the back of the net in either their opening home fixture against Longford Town or last Friday night’s away defeat to Bray Wanderers when striker Conor Ellis saw his first half penalty effort saved.

Limerick have collected a single point from their opening two league fixtures and currently sit in eighth-place in the First Division table, five points off joint leaders Bray and Athlone Town.

Limerick are one of just two sides in the Division yet to score a league goal this season.

The other side yet to find the net is Munster rivals Cobh Ramblers.

Limerick made the journey to Cobh for Tuesday night’s postponed EA Sports Cup tie with Ramblers minus the injured quartet of Will Fitzgerald, Colm Walsh-O'Loghlen, Conor Ellis and Shane Tracy. However Killian Brouder returned to the squad from injury for the game which was eventually called off due to heavy rainfall.

Meanwhile, Limerick FC U19s kick-off their programme of fixtures in the SSE Airtricity U19 League Southern Elite Division away to Wexford Youths this Sunday.

Limerick U19s first home game in the league will be against Cork City at Hogan Park on March 24 as the Blues have a bye on the weekend of March 17.

Limerick FC U19 head coach Gary Manning said: The opportunity for these lads this year is fantastic as they can really push forward and try to get into the (Limerick FC) first team squad.

“We already have quite a few in training with the first team and we would expect for the lads in the U-19's to push themselves forward for consideration.

“In our own league we take it game by game but our aim is to create independent thinking, creative players who can make that step forward in their own personal development.”

Meanwhile, the Limerick U17s suffered a 2-0 defeat to Shamrock Rovers in the opening fixture of the SSE Airtricity National U-17 League Southern Division at the Roadstone Grounds, Dublin on Saturday.

Limerick will take lots of positives from this game going into this weekend's first home game of the new SSE Airtricity League National U17 League against Wexford Youths at 2pm in Hogan Park.

Following that, the Blues face Carlow-Kilkenny.

The Limerick FC U17 team is managed by Ger Moran, he is assisted by Chinazo John Nnaya, Trevor Beacom and Tomas Lane. The regular season is due to finish on the weekend of Sunday, September 29.