Opinion: Home venue must be utilised to advantage - Jerome O'Connell 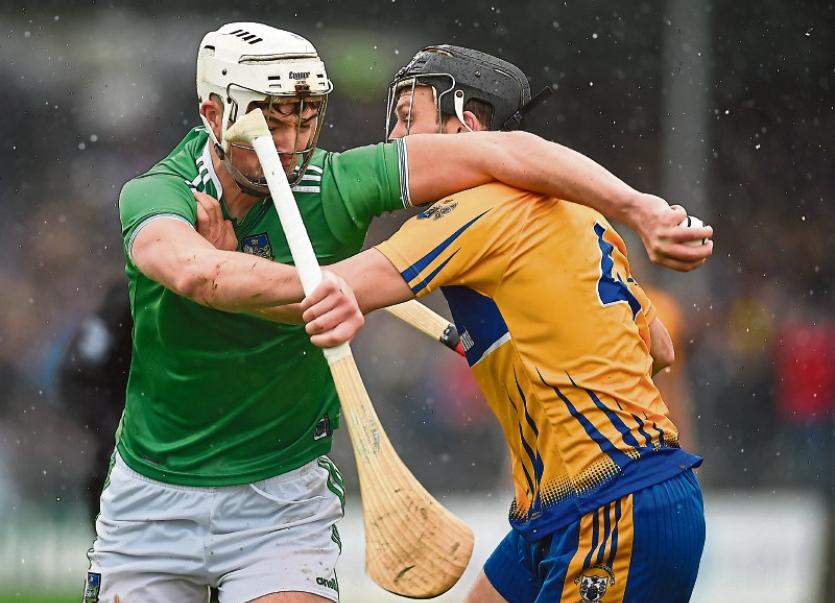 Kyle Hayes in action for Limerick against Clare

OVER 20-minutes into the second half in Cusack Park last Sunday and Limerick were three points clear of Clare.

The home side in Ennis had just gone 16-minutes without a score but Limerick weren’t out of sight.

Diarmuid Ryan shot for a point and the effort from the former Ardscoil Ris Harty Cup star was waved wide.

But there was a growl from the home support in the 8,409 attendance, led by those in the covered terracing on the far sideline.

The prolonged fervour was enough to stir something in referee Paud O’Dwyer. The Carlow official turned to his sideline for a consultation and the home support roared with approval. The referee then journeyed to discuss with his umpires and with the crowd still emotive, the white flag was raised.

Almost a flag of surrender to the heaving throngs.

That was it, the Clare comeback was on – the crowd sensed it and the players fed off that.

Home advantage can be great and Clare are now nine games unbeaten in Ennis – losing just once in 12 games across three years of their current management.

Ennis has an 18,000 capacity and can easily create such an atmosphere. I can only imagine Walsh Park will offer something similar now that they have Munster SHC games back in the city venue. Limerick will go to Walsh Park on June 2 and it’s a big boost to The Deise to have home advantage.

To be fair the Gaelic Grounds was rocking for the recent Limerick v Cork game in the Allianz Hurling League but creating an intimidating home venue is more difficult in a vast 50,000 stadium.

That said, I’m already sensing the 2019 Munster SHC games in the Gaelic Grounds with Clare and Cork will be special occasions.