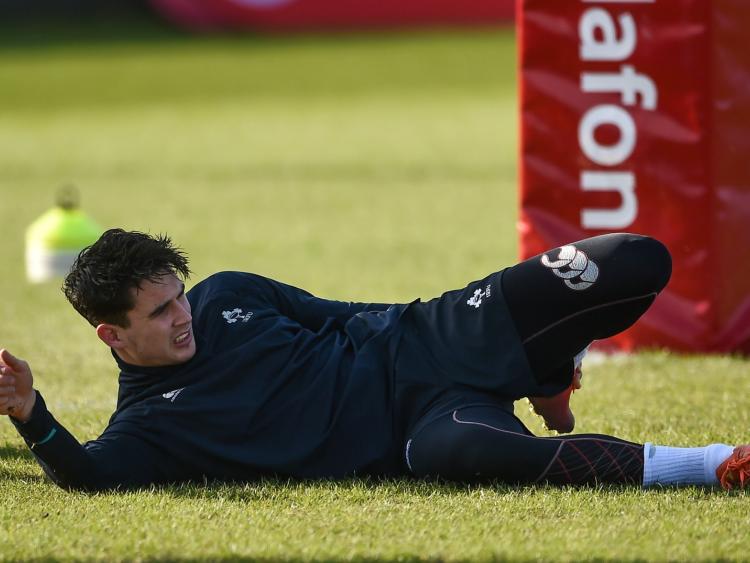 Joey Carbery at training this week in Carton House

Ireland head coach Joe Schmidt has issued the following injury report ahead of Sunday's clash with France at the Aviva Stadium.

Robbie Henshaw is improving more slowly than hoped and he will continue his rehab this week.

Joey Carbery is progressing well through his hamstring rehab and will be managed across the early part of the week.

Andrew Conway has fully recovered from cramp suffered post the Italy game. Dan Leavy will continue to increase his running volume outside of team training in the early part of this week

All players in action for their provinces over the weekend in the Guinness PRO14 have reported no issues upon returning to national camp.

The Ireland squad for Round 4 of the Championship will be confirmed on Wednesday morning.